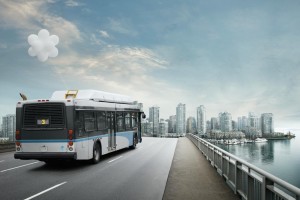 ~Merger plus all other resolutions pass with overwhelming shareholder support~

VANCOUVER, March 18, 2016 /PRNewswire/ – Westport Innovations Inc. (TSX:WPT / NASDAQ: WPRT) (“Westport”), engineering the world’s most advanced natural gas engines and vehicles, announced today that it held its Special Meeting of Shareholders (the “Meeting”) in Vancouver, British Columbia and its shareholders approved all resolutions presented in relation to the proposed business combination (the “Merger”) between Westport and Fuel Systems Solutions, Inc. (“Fuel Systems”). At the Meeting, shareholders approved the issuance of such number of Westport common shares as required according to the Agreement and Plan of Merger dated September 1, 2015 (as amended) to complete the Merger, with 98% of votes cast voted in favour of the resolution, 94% of votes cast voted in favour of the amendment to Westport’s Omnibus Incentive Plan, and 98% of votes cast voted in favour of amending the articles of incorporation of Westport to change its name from Westport Innovations Inc. to Westport Fuel Systems Inc.

“Our shareholders have spoken and clearly believe, as do we, that this merger will create a stronger company with greater scale, global reach and substantial synergies,” said David Demers, CEO of Westport. “We look forward to working together as one company as we await the results of Fuel Systems’ shareholder meeting.”

Benefits of the Merger to Westport Shareholders and Westport Board Recommendation

The Westport Board of Directors believes that the Merger will provide Westport and its shareholders with a number of significant strategic and financial benefits, including but not limited to the following:

Scale – The combined company is expected to provide the scale and expertise to compete effectively, grow, and deliver strong shareholder returns—especially when markets improve.

Strength – The combined company is expected to benefit from a strengthened balance sheet and enhanced liquidity, and to be positioned for continued investment and long-term financial stability.

Global reach – The combined company is expected to have a broad global reach enabling it to better serve customers and distributors. It will offer state-of-the-art facilities on five continents and a distribution network serving 70 countries, including the world’s largest and fastest-growing markets. It will also bring together strong product brands including: Emer, Prins, OMVL, BRC, IMPCO, Zavoli and more.

Westport engineers the world’s most advanced natural gas engines and vehicles. More than that, we are fundamentally changing the way the world travels the roads, rails and seas. We work with original equipment manufacturers (OEMs) worldwide from design through to production, creating products to meet the growing demand for vehicle technology that will reduce both emissions and fuel costs. To learn more about our business, visit westport.com, subscribe to our RSS feed, or follow us on Twitter @WestportDotCom.

On September 1, 2015, Westport and Fuel Systems announced a transaction whereby Westport will acquire all of the outstanding shares of Fuel Systems common stock in a stock-for-stock merger. This press release is for informational purposes only and does not constitute an offer to purchase, a solicitation of an offer to sell the shares of common stock of Fuel Systems or a solicitation of any proxy, vote or approval. Westport has filed with the United States Securities and Exchange Commission (“SEC”) a registration statement on Form F-4 that includes a proxy statement of Fuel Systems that also constitutes a prospectus of Westport (the “Proxy Statement/Prospectus”). Westport and Fuel Systems also plan to file with or furnish other documents to securities regulatory authorities in Canada and the United States regarding the proposed acquisition of Fuel Systems by Westport.

SHAREHOLDERS ARE URGED TO READ THE PROXY STATEMENT/PROSPECTUS, AND OTHER RELEVANT DOCUMENTS FILED WITH THE SEC, IN THEIR ENTIRETY CAREFULLY BECAUSE THEY CONTAIN IMPORTANT INFORMATION ABOUT WESTPORT, FUEL SYSTEMS, THE PROPOSED MERGER AND RELATED MATTERS.

This press release contains forward-looking statements, including statements regarding the anticipated timing for and ultimate completion of the proposed merger between Westport and Fuel Systems and the anticipated benefits of the Merger. These statements are neither promises nor guarantees, but involve known and unknown risks and uncertainties and are based on both the views of management and assumptions that may cause our actual results, levels of activity, performance or achievements and ability to complete the proposed merger to be materially different from any future results, levels of activities, performance or achievements expressed in or implied by these forward looking statements. These risks and uncertainties include risks and assumptions related to our revenue growth, operating results, industry and products, the general economy, conditions of and access to the capital and debt markets, governmental policies, regulation and approvals, technology innovations, fluctuations in foreign exchange rates, operating expenses, the availability and price of natural gas, global government stimulus packages, the acceptance of and shift to natural gas vehicles, the relaxation or waiver of fuel emission standards, the inability of fleets to access capital or government funding to purchase natural gas vehicles, the development of competing technologies, our ability to adequately develop and deploy our technology, the actions and determinations of our joint venture and development partners, as well as other risk factors and assumptions that may affect our actual results, performance or achievements or financial position discussed in Westport’s Annual Report on Form 40-F, as amended.