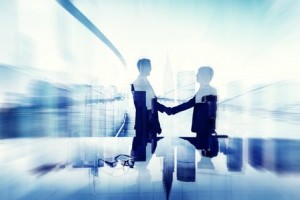 First West Capital, the mezzanine and subordinated debt lending arm of Langley, B.C.-based credit union First West Credit Union, announced it is expanding into Ontario. The firm, which has closed over $110 million in business since 2010, said the move is based on its belief that “mid-market Ontario companies are under-served in terms of their access to capital.” First West also announced it has hired David Hastie to lead its operations in Toronto as a regional director. Hastie, who has over 12 years of experience in investment and commercial banking, was previously a district director at Roynat Capital.

Langley, B.C. – First West Capital has set its sights on the Ontario market and is proud to announce the appointment of its regional director, David Hastie who will be leading the charge in Toronto. With over 12 years of experience in investment and commercial banking, David will provide entrepreneurs with the customized, responsive and partner-focused service that First West Capital is known for.

The decision to expand First West Capital into Ontario is a natural progression for the growing firm, which has closed over $110 million worth of business since 2010. “We believe that successful, mid-market Ontario companies are under-served in terms of their access to capital. The Ontario economy is expected to outperform the national average for the foreseeable future, its export sector is strengthening, the province is home to a large number of businesses with intellectual property, and Ontario CEOs are among the oldest in the nation. First West Capital is committed to being the leading provider of alternative commercial financing products in Canada, and we look forward to supporting the growth and transition of more Ontario companies,” explains First West Capital vice-president, Kristi Miller.

“We already do business in Ontario, but we recognize the importance of having a permanent presence in this market—someone with local knowledge in the region who understands its unique opportunities and challenges. Having David represent First West Capital in Toronto and its surrounding areas will enable us to seize new opportunities and build on our reputation so that we can continue to provide our clients with timely, local decision-making,” says Miller.

“We’re very excited to welcome David to the First West Capital team,” says Robert Napoli, vice-president of First West Capital. “He’s someone who always looks for opportunities to add value, bringing expertise to every deal, which is very important to our clients. With his extensive experience within the financial services industry, David will continue to add significant value in his dealings with First West Capital clients”

“I am thrilled to be on the frontlines in Ontario to embark on growing First West Capital and supporting the local market through sub-debt and mezzanine solutions. I look forward to setting the stage for expansion and continuing to develop and foster the connections that Rob and Kristi have built thus far,” says Hastie.

Most recently David was a District Director for Roynat Capital. Prior to First West Capital, David’s positions included Associate at BMO Capital Markets and various positions at GE Capital. David received his Bachelor of Commerce degree in Business Management from the University of British Columbia, and attained his Masters of Business Administration (MBA) in Finance from McGill University.

First West Capital specializes in financing small and medium-sized businesses, with funding ranging from $0.5 million to $10 million, across all industries in Western Canada and Ontario through customized subordinated loans and mezzanine financing. With a collaborative and partner-focused approach, we help clients finance expansion, acquisitions, MBO and shareholder buyouts, and high ratio real estate.