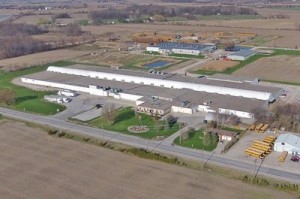 Highline Produce Ltd (Highline Mushrooms), a Canadian portfolio company of U.S. private equity firm Peak Rock Capital, has been acquired by Fyffes plc. Fyffes, an Irish fruit and fresh produce company, said in a separate statement that it paid $145 million (98 million euros) to acquire Highline’s equity and refinance its debt. Leamington, Ont.-based Highline is an integrated mushroom business with five facilities in Ontario and Québec. The post-acquisition company will continue to be led by its existing management team. Founded in 1961, Highline received an investment from Peak Rock in November 2014.

Acquisition will strengthen operations in Leamington, Kingsville and Wellington, Ontario, and Montreal, Quebec

LEAMINGTON, ON, April 1, 2016 /CNW/ – Highline Produce Limited (Highline) is pleased to announce their acquisition by Fyffes plc (Fyffes), a global leader in fresh produce and one of the World’s most recognized produce brands.

Highline is a fully integrated mushroom business with five facilities in Ontario and Quebec. It is the largest operator in the mushroom industry in Canada, marketing approximately 58 million pounds (26.3 million kg) of mushrooms per year.

Highline’s experienced management team, led by CEO Glenn Martin, will continue to run the business. All of Highline’s five Canadian locations will remain in operation with business as usual for Highline’s 1150 employees.

“Highline is a very fine business with a strong position in an important product category. We look forward to working with Glenn Martin and his management team to continue to develop the business. This transaction fits perfectly with Fyffes strategic objective of adding an additional product to its existing three through the acquisition of an established, successful, integrated operator in a category with significant scale.”

“We couldn’t be more excited about this transaction and joining Fyffes, given its long history and successful track record of growth. We already operate some of the most state-of-the-art mushroom facilities in North America, and this arrangement will give us access to a global market leader in fresh produce. Our values are strongly aligned, and we look forward to working with Fyffes management as we continue to grow our business together into the future”.

Highline Mushrooms was founded in 1961 from humble beginnings and has grown to become the largest mushroom grower in Canada and the world’s largest grower of organic mushrooms. Highline’s highly developed cropping techniques have enabled them to grow all white, mini bella and portabella mushrooms without the use of any pesticides or fungicides regularly required in the cultivation of mushrooms.

Fyffes has been in the fresh produce business for over 125 years. It is a producer, shipper and marketer of bananas, melons and pineapples with operations in Europe, the United States, Central and South America. Fyffes produce in the US and Canada is sold under the Fyffes, Turbana, Sol and Fresh Quest labels. Fyffes is the largest importer of winter melons into the US and it also has a significant presence in the banana and pineapple category.