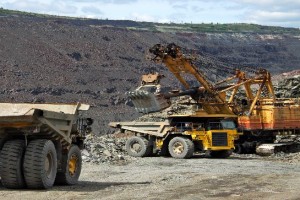 Champion Iron Ltd (TSX: CIA) has closed a $30 million private placement financing. The investors included U.S. private equity firms Wynnchurch Capital and Resource Capital Funds, which contributed $10 million and $6.5 million, respectively. With the deal, Wynnchurch Operating Partner Michelle Cormier has joined the company’s board. Champion Iron, which has offices in Montréal, Toronto and Australia, is a developer of iron ore deposits located in the Labrador Trough. It said the deal’s proceeds would be used partly to fund the company’s acquisition of the Bloom Lake Mine and related rail assets, as well as the Quinto Mining Corp mineral claims, in Québec.

Champion Iron Limited (ASX: CIA) (TSX: CIA) (“Champion” or the “Company”) is pleased to report that the Company has closed its previously announced C$30 million private placement financing (the “Financing”) and through its subsidiary, Québec Iron Ore Inc. (“QIO”), it has closed QIO’s acquisition (the “Acquisition”) of the Bloom Lake Mine and related rail assets (collectively, “Bloom Lake”) and the Quinto Mining Corporation mineral claims (the “Quinto Claims”) in Québec from Cliffs Québec Iron Mining ULC, Bloom Lake Mine Iron Ore Limited Partnership, Bloom Lake Railway Company Limited and Quinto Mining Corporation. As a result of the Acquisition, Champion has acquired neighbouring iron ore deposits, including a former producing mine, and significantly increased its mineral resources and growth potential. This Acquisition establishes Champion as a significant player in the Labrador Trough iron ore camp.

Highlights of the Acquisition

Pursuant to the Asset Purchase Agreement the Bloom Lake assets and the Quinto Claims were acquired by QIO for a cash consideration of C$10.5 million and the assumption of certain liabilities. Under the Asset Purchase Agreement, QIO is responsible for environmental obligations which include environmental reclamation liabilities presently assessed at approximately C$41.7 million by the Government of Québec, as well as the replacement of certain bonds securing certain obligations of Bloom Lake totalling approximately C$1.1 million.

Government of Québec’s Investment in QIO

As previously announced on February 19, 2016, Champion is pleased to announce that Ressources Québec Inc. (“Ressources Québec”), acting as a mandatary of the Government of Quebec, has invested C$14 million in the form of voting and participating shares in the share capital of QIO, in addition to participating in the Financing (described further below) where it subscribed for C$6 million in the share capital of the Company. As a result of its C$14 million investment, Ressources Québec holds a 36.8% equity interest in QIO, with Champion owning the remainder.

In connection with and as consideration for the equity investment in QIO, Ressources Québec has been granted 6 million compensation options of Champion with each option entitling its holder to subscribe for an ordinary share of the Company until February 1, 2020 exercisable at a price of C$0.25 per ordinary share.

Moreover, as announced on February 19, 2016, Ressources Québec and Champion are still discussing the possibility that Ressources Québec could provide, on its own behalf, financing in the form of a term loan of a maximum amount of C$6M.

Details of the Financing

The Company closed a private placement financing of an aggregate 187,500,000 ordinary shares at a price of C$0.16 per share for proceeds of C$30 million (the “Offering”) which was utilized to fund the Acquisition purchase price with the balance to provide the Company with working capital and to assist in meeting care and upgrade costs in respect of the Bloom Lake Mine. The ordinary shares were issued pursuant to exemptions from the prospectus requirements of applicable securities laws and are subject to a four-month statutory hold period from the date of closing of the Offering.

Subscribers to the Offering included:

WC Strategic Opportunity, L.P. (a Wynnchurch Capital LLC portfolio company)(“Wynnchurch”) which invested C$10 million by subscribing for 62,500,000 shares at C$0.16 per share, representing approximately 16.20% of the current issued and outstanding ordinary shares and 14.73% of the issued and outstanding ordinary shares on a fully diluted basis. Wynnchurch is a leading middle-market private equity investment firm headquartered in the Chicago suburb of Rosemont, Illinois with offices in California, Michigan, Ohio and Canada.

Resource Capital Fund VI LP (“RCF VI”) who invested C$6.453 million by subscribing for 40,331,250 shares at C$0.16 per share, representing approximately 10.45% of the current issued and outstanding ordinary shares and 9.50% of the issued and outstanding ordinary shares on a fully diluted basis. Resource Capital Funds is a mining-focused private equity firm headquartered in Denver, Colorado.

A company controlled by a non-arm’s length party, namely Champion’s Chairman and CEO, Michael O’Keeffe, who invested C$3.5 million by subscribing for 21,875,000 shares at C$0.16 per share. Together with other direct and indirect holdings, Michael O’Keeffe holds 33,276,930 shares representing approximately 8.62% of the current issued and outstanding ordinary shares and 10.79% of the issued and outstanding ordinary shares on a fully diluted basis.

In connection with the Offering, Wynnchurch and RCF have each been granted the following rights as part of the placement for as long as they hold more than 10% of the issued and outstanding shares of Champion, subject to certain terms and conditions described in more detail in the respective subscription agreements that will be available under the Company’s filings on SEDAR:

Champion is pleased to announce that Ms. Michelle Cormier, a representative of Wynnchurch, has joined its Board of Directors effective today.

Champion Chairman and CEO Michael O’Keeffe said “We are very pleased to have completed this Acquisition and Financing. We believe that Bloom Lake represents strong upside potential for our shareholders to leverage the significant level of investment in Bloom Lake made by previous owners, and which we have acquired at very favourable terms, especially when considering the original cost”.

“Champion recognizes and appreciates the confidence and support shown by Ressources Québec, Wynnchurch, RCF and all of our other investors,” Mr O’Keeffe said.

“Champion believes that the mine also has important potential to add to economic growth for the Côte-Nord region, and Champion is optimistic about participating significantly to the implementation of the Québec Government Plan Nord, including generating employment and positive economic impact across all communities in the region.

“With sufficient financing to maintain Bloom Lake on an extended care and maintenance schedule for approximately 24 months, and as part of the ongoing maintenance and upgrade, Champion is initiating a dialogue with the local authorities and partners to share our work plan. And when it is time to start hiring, we will look to the local and First Nations community, as well as the mine’s former employees. In addition, we intend to obtain supplies from local entrepreneurs to maximize the economic flow-on for the local business communities in the regions in which we operate”, Mr O’Keeffe said.
Champion considers that significant cost reductions are possible at Bloom Lake, with the potential to bring operational FOB costs per ton down substantially from previous levels.

Champion has already identified the potential to improve mine capacity at Bloom Lake. Previous operations historically produced a yearly maximum of 6 million tons of iron fines at 66% Fe. Champion will be looking to increase this to over 7 million tons per year at a similar grade, chiefly through the implementation of a new mine plan as well as improved recoveries.

In support of this strategy, in addition to the acquisition of Bloom Lake, Champion expects to achieve a number of additional strategic milestones, including projects related to rail and port access. The Company expects to provide ongoing updates to shareholders on individual initiatives.

About Champion
Champion has been working on the development of iron ore deposits in the Labrador Trough for more than 10 years through acquisition of tenements, geological evaluation and development of a Feasibility study (Fire Lake North deposit). The management team has a vast experience from geotechnical work to green field development, brown field management including logistics development and financing of all stages in the mining industry.

Prior to the acquisition of Bloom Lake, the main focus of Champion’s activities, holding over 3 billion tons of high quality iron ore resources, were concentrated on the effort to achieve an economical long term access from mine to ship. The Government of Québec has granted CAD $20 million for the feasibility study of a new rail linking Fire Lake / Bloom Lake area to the port of Sept-Îles. This study is being managed by Champion, and is expected to be finalised in 2016.

Following the acquisition of Bloom Lake the Company’s main focus is to implement upgrades to the mine and processing infrastructure it now owns whilst advancing projects associated with improving access to global markets. This includes progressing rail and port infrastructure initiatives with government and other key industry and community stakeholders.
For additional information on Champion Iron Limited, please visit our website at www.championiron.com .

About Wynnchurch Capital
Wynnchurch Capital, LLC, headquartered in the Chicago suburb of Rosemont, Illinois, with offices in California, Michigan, Ohio and Canada, was founded in 1999, and is a leading middle-market private equity investment firm. Wynnchurch’s strategy is to partner with middle market companies in the United States and Canada that possess the potential for substantial growth and profit improvement. Wynnchurch Capital manages a number of private equity funds with US$2.3 billion of capital under management and specializes in recapitalizations, growth capital, management buyouts, corporate carve-outs and restructurings. For more information, please visit: www.wynnchurch.com

About RCF
Resource Capital Funds (“RCF”) is a group of commonly managed private equity funds, established in 1998 with a mining sector specific investment mandate spanning all hard mineral commodities and geographic regions. Since inception, RCF has supported 148 mining companies, with projects located in 47 countries and across 29 commodities. The sixth fund, RCF VI with committed capital of $2.04 billion, is now being invested. Further information about RCF can be found on its website (www.resourcecapitalfunds.com).

RCF has a strong team of investment professionals, with wide ranging industry and technical expertise and a demonstrated history of investments in mining globally. RCF’s track record is based on its ability to pick technically and commercially compelling assets and support management to achieve desired outcomes whilst remaining throughout a source of patient capital. RCF aims to partner with companies to build strong, successful and sustainable businesses and in doing so strives to earn superior returns for all shareholders.