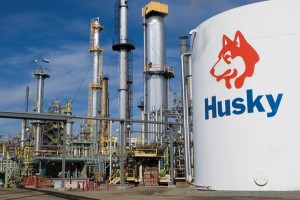 Oil and gas producer Husky Energy Inc (HSE.TO) reported a first-quarter loss on Monday and said it has agreed to sell a partial interest in a package of Canadian midstream energy assets to two Hong Kong-based firms for $1.7 billion (US$1.34 billion) in cash.

Calgary-based Husky will retain 35 percent interest and remain operator of the assets, which are located in Alberta and Saskatchewan and consist of around 1,900 kilometers of pipeline, 4.1 million barrels of oil storage capacity and other ancillary assets.

The three companies will form a new limited partnership of which Husky will own 35 percent, Power Asset Holding Ltd (0006.HK) will own 48.75 percent and Cheung Kong Infrastructure Holdings Ltd (1038.HK) will own 16.25 percent.

“We set a high bar for this transaction,” said Husky chief executive Asim Ghosh. “It was important to realize full value for these assets and to maintain operatorship and preserve the tight integration between our heavy oil production, marketing and refining assets.”

Husky is also marketing around 60,000 barrels per day (bpd) of non-core assets sales in western Canada and 2,000 bpd of royalty production.

In its earnings statement, the company reported larger-than-expected losses from a three-month period in which benchmark crude prices touched 13-year lows around US$26 a barrel.

Analysts expected, on average, a first-quarter loss of 26 cents per share, according to Thomson Reuters I/B/E/S.

The company’s cash flow from operations fell 48 percent from the same period a year earlier to $434 million, or 43 cents per share.

Total production fell 4 percent to 341,000 barrels of oil equivalent per day versus the first quarter of 2015.

Despite persistently low oil prices Husky is ramping up production at its Sunrise oil sands project in northern Alberta, a joint venture with BP Plc (BP.L), and bringing new thermal projects online. It said it remains on track to add 55,000-60,000 bpd of new output.

Along with its oil and gas operations in Canada and Southeast Asia, Husky owns all or part of four refineries in North America and operates a heavy oil upgrader at Lloydminster, Saskatchewan.