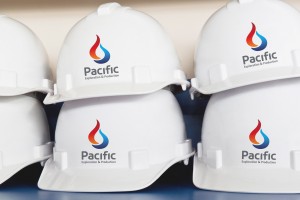 The common shares of Pacific Exploration & Production Corp (TSX: PRE) will be delisted from the Toronto Stock Exchange effective at the close of market on May 25th. Shares trading will remain suspended until then. The delisting is the result of Pacific Exploration’s restructuring agreement with debt-holders, including Canadian private equity firm Catalyst Capital Group. Announced earlier this month, the deal will see about US$5.3 billion of the company’s debt converted to equity. Toronto-based Pacific Exploration is an explorer and producer of natural gas and crude oil in Latin America.

TORONTO, April 26, 2016 /CNW/ – Pacific Exploration & Production Corp. (TSX: PRE) (BVC: PREC) today announced that further to its news release issued on April 19, 2016 the Company has received notice from the Toronto Stock Exchange (the “TSX”) that the Company’s common shares will be delisted from the TSX effective at the close of market on May 25, 2016. Trading of the Company’s common shares on the TSX will remain suspended until the delisting.

As previously announced by the Company, the Company’s common shares have been suspended from trading on La Bolsa de Valores de Colombia (the Bogota stock exchange).

Pacific Exploration & Production Corp. is a Canadian public company and a leading explorer and producer of natural gas and crude oil, with operations focused in Latin America. The Company has a diversified portfolio of assets with interests in more than 70 exploration and production blocks in various countries including Colombia, Peru, Guatemala, Brazil, Guyana and Belize. The Company’s strategy is focused on sustainable growth in production & reserves and cash generation. Pacific Exploration & Production is committed to conducting business safely, in a socially and environmentally responsible manner.

This news release contains forward-looking statements. All statements, other than statements of historical fact, that address activities, events or developments that the Company believes, expects or anticipates will or may occur in the future (including, without limitation, statements regarding estimates and/or assumptions in respect of production, revenue, cash flow and costs, reserve and resource estimates, potential resources and reserves and the Company’s exploration and development plans and objectives and its strategy) are forward-looking statements. These forward-looking statements reflect the current expectations or beliefs of the Company based on information currently available to the Company. Forward-looking statements are subject to a number of risks and uncertainties that may cause the actual results of the Company to differ materially from those discussed in the forward-looking statements, and even if such actual results are realized or substantially realized, there can be no assurance that they will have the expected consequences to, or effects on, the Company. Factors that could cause actual results or events to differ materially from current expectations include, among other things: the Company’s ability to continue as a going concern; volatility in market prices for oil and natural gas; a continued depressed oil price environment with a potential of further decline; default under the Company’s credit facilities and/or the Company’s senior notes due to a breach of covenants therein; amounts becoming due and payable under the credit facilities and/or the senior notes prior to voluntary insolvency proceedings, notwithstanding the entering into of such forbearance arrangements, whether through the actions of holders of senior notes or the trustee under the respective senior note indentures or otherwise; the impact of events of defaults in respect of the credit facilities and/or senior notes on other material contracts of the Company, including but not limited to, cross-defaults resulting in acceleration of amounts payable thereunder or the termination of such agreements; failure of the courts or other regulatory authorities to grant the protection sought by the Company under proceedings in Canada and/or proceedings under other applicable jurisdictions; failure of a sufficient number of supporting creditors entering into the support agreement; impact on the previously announced restructuring transaction or the operations of the Company in the event of an involuntary petition for bankruptcy relief or similar creditor action filed against the Company prior to the commencement of voluntary proceedings; failure of the Company to complete the previously announced restructuring transaction, which is subject to a number of conditions and other risks and uncertainties including, without limitation, court and required regulatory approvals or otherwise reach an agreement with its creditors or a sufficient number of them to restructure the Company’s capital structure; failure to satisfy any terms or conditions of any other agreement with the Company’s creditors on a proposed restructuring; any negative impact on the Company’s current operations as a result of the previously announced restructuring transaction or any other proposed restructuring or failure to reach any other agreement with the creditors thereon; failure to satisfy the terms and conditions of any one of the Company’s waiver agreements with applicable creditors or counterparties or any other waiver prior to voluntary insolvency proceedings, failure to obtain further extensions of any such waivers if required prior any voluntary insolvency proceedings, or failure to obtain waivers of other covenants prior to voluntary insolvency proceedings, if and when required; the terms of any such waivers, including the impact on the Company of any restrictions imposed upon it in connection with any waiver; perceptions of the Company’s prospects and the prospects of the oil and gas industry in Colombia and the other countries where the Company operates and/or has investments as the result of the entering into of the previously announced restructuring transaction or otherwise; expectations regarding the Company’s ability to raise capital and to continually add to reserves through acquisitions and development; the delisting of the Company’s securities on the exchanges due to the previously announced restructuring transaction; the cancellation or extensive dilution of the Company’s equity securities as a result of the previously announced restructuring transaction; the effect of the previously announced restructuring transaction on the Company’s business and operations; political developments in Colombia, Guatemala, Peru, Brazil, Guyana and Mexico; liabilities inherent in oil and gas operations; uncertainties associated with estimating oil and natural gas reserves; competition for, among other things, capital, acquisitions of reserves, undeveloped lands and skilled personnel; incorrect assessments of the value of acquisitions and/or past integration problems; geological, technical, drilling and processing problems; fluctuations in foreign exchange or interest rates and stock market volatility; delays in obtaining required environmental and other licences; uncertainty of estimates of capital and operating costs, production estimates and estimated economic return; the possibility that actual circumstances will differ from estimates and assumptions; uncertainties relating to the availability and costs of financing needed in the future; changes in income tax laws or changes in tax laws, accounting principles and incentive programs relating to the oil and gas industry; and the other factors discussed under the heading entitled “Risk Factors” and elsewhere in the Company’s AIF dated March 18, 2016 filed on SEDAR at www.sedar.com. Any forward-looking statement speaks only as of the date on which it is made and, except as may be required by applicable securities laws, the Company disclaims any intent or obligation to update any forward-looking statement, whether as a result of new information, future events or results or otherwise. Although the Company believes that the assumptions inherent in the forward-looking statements are reasonable, forward-looking statements are not guarantees of future performance and accordingly undue reliance should not be put on such statements due to the inherent uncertainty therein.