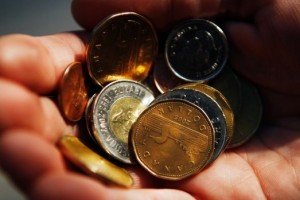 Canadian buyout and related private equity investment slowed in Q1 2016 with 59 deals (announced and closed) capturing $4.7 billion in total disclosed values, according to data released by Thomson Reuters. Dollar flows in Canada in this period were down 22 percent from Q1 2015, while the number of deals dropped 43 percent. Canadian investors were also less active around the world, joining only 20 international deals valued at $17 billion in the first quarter. Despite the decline in deal-making, buyout and other private equity funds in the Canadian industry raised $14.3 billion in committed capital between January and March, already exceeding the amount raised during all of 2015 by 29 percent.

Deal-making activity in Canada’s buyout and related private equity (PE) market showed a marked decline in the first quarter of 2016. Disclosed values of transactions (announced and completed) totaled $4.7 billion as of March 31st, down 22% in dollar terms from the year prior. A total of 59 deals were done in the first three months, the fewest deals in a first quarter since 2010.

At the end of March, the two largest transactions sized $500 million or greater captured 61% of all disclosed disbursements made in the Canadian market.  Deals sized between $100 million and $500 million took the second largest share of the total, or 25%, while deals sized less than $100 million accounted for the balance.

Canadian manufacturing companies accounted for the largest share of buyout-PE deal-making last quarter with 9 transactions in Q1, or 15% of the national total. Consumer-Related and business services companies both followed a close second with 7 deals apiece, with mining and healthcare & life sciences companies both came in third place with 6 deals in each sector.

The majority of buyout-PE transactions (announced and completed) in the Canadian market in Q1 2016 involved businesses that were located in Québec (42%) and Ontario (31%).  However, only the province of British Columbia demonstrated any growth over Q1 2015, with 5 deals in Q1, a 66% increase. The number of deals done declined substantially in Québec (47%), Alberta (64%), and Ontario (45%).

Though the number of deals done in Québec declined in the first quarter, the province attracted the bulk of the largest deals, securing $2.3 billion. Ontario-based companies attracted the second largest share, with $1.6 billion. Though British Columbia saw growth in its number of deals, half had undisclosed values this quarter, leaving the province with only $124 million of disclosed disbursements.

Canadian buyout and related PE funds were substantially less active in international transactions in the first quarter relative to the year before. As of March 31st, Canadian funds led or participated in a total of 20 deals in other countries, and these were valued at approximately $17 billion. This compares against a total of 36 deals valued at $30.5 billion reported in the first quarter of 2015. Topping the list was San Diego-based Petco, which was acquired in a $6.3 billion LBO by CPPIB and CVC Capital Partners.

The fundraising activities of Canadian buyout funds maintained very strong levels in the first quarter of 2016 with a total of $14.3 billion of new capital committed, already exceeding the $11.1 billion raised in all of 2015.