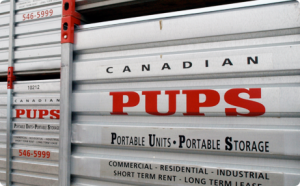 StorageVault Canada Inc, a Regina-based owner and operator of storage facilities across Canada, said it closed a total of $146.2 million in acquisitions last year. As a result of these deals, StorageVault’s asset base was increased almost seven times. The company said it plans to undertake over $50 million in additional acquisitions in 2016. Earlier this year, StorageVault raised $5.5 million in funding. This included a follow-on investment from SaskWorks Venture Fund, an affiliate of Canadian private equity firm PFM Capital.

“2015 proved to be an excellent year of growth for StorageVault. The results reflect significant year over year growth in assets owned, equity, revenue and net operating income potential. Our focus is clearly on growing the number of storage locations we own across Canada. We increased our asset base almost 7 times from the end of 2014, with $146.2 in acquisitions in 2015. We also increased our share capital by $59.4 million dollars by issuing shares to acquire assets and through a non-brokered private placement. Looking ahead, we expect to do over $50 million of further acquisitions in 2016 and have already raised $5.5 million in share capital, and announced the implementation of a dividend policy, dividend reinvestment plan and normal course issuer bid.”

2015 was a year of significant growth for StorageVault with $146.2 million in acquisitions, $111.8 million of which were closed in the last 4 months of the year. The full effect of these acquisitions will not be realized until 2016.

Management uses both IFRS and Non-IFRS Measures to assess the operating performance of the Company’s operations. In this news release, management uses the following terms and ratios which do not have a standardized meaning under IFRS and are unlikely to be comparable to similar measures presented by other companies:
Net Operating Income (“NOI”) – NOI is defined as storage and related services less related property operating costs. NOI does not include interest expense or income, depreciation and amortization, corporate administrative costs, stock based compensation costs or taxes. NOI assists management in assessing profitability and valuation from principal business activities.

Funds from Operations (“FFO”) – FFO is defined as net income (loss) excluding gains or losses from the sale of depreciable real estate, plus depreciation and amortization, stock based compensation expenses, and deferred income taxes; and after adjustments for equity accounted entities and non-controlling interests. The Corporation believes that FFO can be a beneficial measure, when combined with primary IFRS measures, to assist in the evaluation of the Corporation’s ability to generate cash and evaluate its return on investments as it excludes the effects of real estate amortization and gains and losses from the sale of real estate, all of which are based on historical cost accounting and which may be of limited significance in evaluating current performance.

NOI and FFO should not be viewed as an alternative to, in isolation from, or superior to, net income or cash flow from operations, or other measures calculated in accordance with IFRS. NOI and FFO should not be interpreted as an indicator of cash generated from operating activities and is not indicative of cash available to fund operating expenditures, or for the payment of cash distributions. NOI and FFO are simply two additional measures of operating performance. In addition, the Corporation’s definitions of NOI and FFO may differ from that of other issuers.

The Corporation purchased 19 properties during fiscal 2015 and the revenues and operating expenses from each acquisition are reflected in the December 31, 2015 financial statements from the date of acquisition forward for these properties. In order to provide the reader with a greater understanding of potential results from a full year of operations with the acquired assets, the Corporation has prepared an unaudited estimated Annualized NOI and Annualized FFO statement annualizing the revenues and expenses estimated as if the properties were purchased as of January 1, 2015 and owned for the entire 12 month period. For further information on the estimated annualized results referenced above in this news release of NOI $13.6 million and FFO of $6.5 million, please refer to “Annualized Net Operating Income and Annualized Funds from Operations” set forth in the Corporation’s Management’s Discussion &Analysis for the year ended December 31, 2015 filed on SEDAR at www.sedar.com.

These assumptions include, but are not limited to: the level of activity in the storage business and the economy generally; consumer interest in the Corporation’s services and products; competition and SVI’s competitive advantages; trends in the storage industry, including, increased growth and growth in the portable storage business; the availability of attractive and financially competitive asset acquisitions in the future; the revenue and costs from acquisitions conducted in fiscal 2015 being extrapolated to the entire period for 2015 and being consistent with, and reproducible as, revenue in future periods; and anticipated and unanticipated costs. Forward-looking information is subject to known and unknown risks, uncertainties and other factors that may cause the actual results, level of activity, performance or achievements of StorageVault to be materially different from those expressed or implied by such forward-looking information. Such risks and other factors may include, but are not limited to: general business, economic, competitive, political and social uncertainties; general capital market conditions and market prices for securities; delay or failure to receive board or regulatory approvals; the actual results of future operations; competition; changes in legislation, including environmental legislation, affecting StorageVault; the timing and availability of external financing on acceptable terms; conclusions of economic evaluations and appraisals; and lack of qualified, skilled labour or loss of key individuals. A description of additional assumptions used to develop such forward-looking information and a description of additional risk factors that may cause actual results to differ materially from forward-looking information can be found in StorageVault’s disclosure documents on the SEDAR website at www.sedar.com. Although StorageVault has attempted to identify important factors that could cause actual results to differ materially from those contained in forward-looking information, there may be other factors that cause results not to be as anticipated, estimated or intended. Readers are cautioned that the foregoing list of factors is not exhaustive. Readers are further cautioned not to place undue reliance on forward-looking information as there can be no assurance that the plans, intentions or expectations upon which they are placed will occur. Forward-looking information contained in this news release is expressly qualified by this cautionary statement. The forward-looking information contained in this news release represents the expectations of StorageVault as of the date of this news release and, accordingly, is subject to change after such date. However, StorageVault expressly disclaims any intention or obligation to update or revise any forward-looking information, whether as a result of new information, future events or otherwise, except as expressly required by applicable securities law.