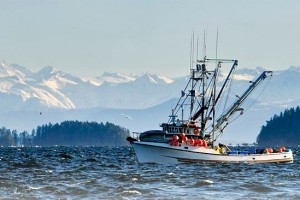 Canada’s Cooke Aquaculture Inc has agreed to acquire Icicle Seafoods Inc, a seafood products processor based in Seattle, Washington. No financial terms were disclosed for the deal, which is expected to close within 30 days. Cooke, a family-owned aquaculture business headquartered in Saint George, New Brunswick, said the deal will make it a leader in the U.S. salmon farming industry, and a major player in the Alaskan salmon fishery. Icicle said it will gain capital to modernize its platform, expanded market access, and a broader product offering. Icicle has been a portfolio company of U.S. private equity firm Paine & Partners since September 2007.

Blacks Harbour NB, Canada: The Cooke family is pleased to announce the signing of a definitive agreement for the purchase of Icicle Seafoods, Inc. Once closed, the deal will enhance the family’s investments in both the wild fishery and the aquaculture sectors, making them leaders in the US salmon farming sector and a major player in the Alaskan salmon fishery.

“The closing of this deal will be an exciting venture for us as it will add a well-respected fishery to our family businesses,” said Glenn Cooke, President of Cooke Seafood Inc. “We have tremendous respect for the Alaska fishery and its highly valued brand in the seafood marketplace. Our family and our business is rooted in a small coastal fishing town on the east coast of Canada and we have become a mainstay to communities in rural and coastal Maine. We look forward to meeting with similar communities in Alaska and supporting them for the long-term.”

The deal will include Icicle’s three business units, which harvest and process over 150,000 metric tonnes of seafood annually: wild salmon, groundfish and farmed Atlantic salmon. By adding the Atlantic salmon farming operations in Washington State to its current operations in the State of Maine, Cooke will be able to strengthen its leadership role in the United States aquaculture sector. It will also become the only company in the world that farms salmon while holding a significant market position in wild salmon.

With a worldwide network of cold storage and distribution facilities, Cooke will be able to offer a large portfolio of seafood protein from the ocean—both farmed and wild—to a broad base of customers in the global marketplace. Because of Icicle’s diversification across a wide array of species and product forms, Cooke’s global sales team will be able to provide customers with year-round access to fresh seafood: wild salmon, black cod, pollock, rockfish, crab and farmed salmon in addition to fishery products from the Wanchese Fish Company.

“The Icicle team is excited about the opportunity to join the Cooke family of companies and to be able to focus on the expansion of our footprint in Alaska,” says Christopher Ruettgers, CEO of Icicle Seafoods, Inc. “Cooke provides Icicle with a long term owner that is dedicated to the seafood industry. The partnership with Cooke also means access to capital to further modernize our platform, expanded market access for the products harvested by our fleets and a broader product offering for our customer base.”

This transaction is consistent with the Cooke family’s focus on vertical integration and diversification in terms of geography, products and markets. Icicle Seafoods, Inc. will provide another platform for growth within the capture fishery. The Cooke family’s strategy has been to achieve growth through acquisitions and organic growth in the seafood sector that is both sustainable and responsibly managed to meet market demand.

With the acquisition of Icicle Seafoods, Inc. the Cooke group of companies will produce over 275,000 metric tonnes of seafood annually and generate $1.8 billion in annual sales.

The transaction is anticipated to close in less than 30 days once all regulatory and legal matters have been completed.

Cooke Aquaculture was established in 1985 as Kelly Cove Salmon by Gifford, Michael and Glenn Cooke . The company’s origins were humble, beginning with a single marine cage site containing 5,000 salmon. Four years later the family decided it needed a consistent and independent supply of eggs and smolt so it purchased Oak Bay Hatchery.

Recognizing that integration would become essential to competing worldwide and desiring to control their own destiny, the Cookes embarked on an aggressive plan for growth that continues to this day with acquisitions and a strategic search for development opportunities.

Over the years the company expanded its facilities, product lines and distribution networks to become the fully integrated corporation it is today with operations in New Brunswick, Prince Edward Island, Nova Scotia, Newfoundland, Maine, Chile, Spain and Scotland as well as sales people in major centers in the United States and Canada.