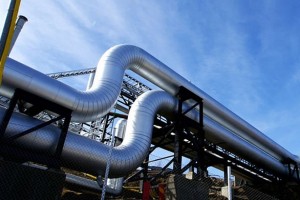 Canadian merger and acquisition (M&A) activity continued its downward trend in the first quarter of 2016, reflecting the lowest level of deal-making since 2012, Crosbie & Co reported. However, deal value, totaling $101 billion, was at near-record levels due to several large mega-deals (deals sized over $1 billion), including TransCanada’s $18 billion offer to acquire Columbia Pipeline Group. Domestic M&A activity saw 408 deals valued at about $36 billion in Q1 2016, while outbound activity consisted of 194 deals valued at about $66 billion. The Crosbie report was developed using data from Capital IQ and other sources.

Canadian M&A continued its downward trend, declining for the sixth time in seven quarters, the lowest level of activity since 2012. However, deal value was at near-record levels due to several large mega-deals (transactions over $1B). Figures developed by Crosbie & Company using Capital IQ and other sources indicated 602 announcements valued at $101B in Q1 (down from 656 deals worth $45B in Q1 2015). For domestic transactions (where the target is in Canada) there were 408 transactions valued at $36B (down from 428 deals worth $9B in Q1 2015).

“High profile acquisitions by Canadian companies of foreign targets have masked the underlying weakness in core domestic M&A activity,” said Ed Giacomelli, Managing Director at Crosbie & Company. “In particular, the prolonged slump in oil prices has resulted in a flight of capital and depressed M&A activity in the energy sector. However, in time we expect to see a rebound in M&A activity as buyers begin to move from the sidelines to acquire distressed assets.”

There were 16 mega-deals announced in the quarter with a total value of $82B compared to 8 deals valued at $26B in Q1 2015. The largest announced transaction was TransCanada’s $18B offer to acquire Columbia Pipeline Group, a Texas-based company operating a 24,000 km network of interstate natural gas pipelines. The deal provides TransCanada with access to the Marcellus/Utica shales and a robust stable of contracted growth projects.

Canadian companies made 151 acquisitions of foreign targets valued at $62B compared to 165 transactions valued at $30B in the same quarter last year. “The volatility of the Canadian dollar vs the US dollar has not deterred Canadian companies from making foreign acquisitions,” said Ed Giacomelli. “Utilities and infrastructure assets continue to be the flavor of the month for both strategic and financial buyers seeking greater exposure to regulated or contractual returns.” The second largest transaction of the quarter was Fortis’ $15.8B acquisition of ITC Holdings, the largest independent pure-play electricity transmission company in the US. Another notable deal saw the end of a nine-month takeover battle as rival bidders Qube Holdings and Brookfield Infrastructure Partners teamed up to buy Asciano, an Australian rail and ports logistics company. The bidders intend to split Asciano into three parts, with different consortiums (including CPPIB and bcIMC) acquiring the rail, ports, and bulk and automotive ports services business.

Mid-market M&A activity represented most of the decline in total activity. There were 237 reported transactions under $250M valued at $6.1B – representing 85% of all transactions with reported values (down from 269 deals in Q1 2015).
Cross-border transactions in the quarter represented 47% of all announcements, in line with the long term trend.

However, 80% of the total value of the deals in the quarter represented cross-border M&A. Canadian companies continued to be very active internationally in Q1, acquiring 1.1 times more companies abroad than foreigners acquired Canadian companies while outspending their foreign counterparts $62B to $20B.

The information contained above and within the “Crosbie & Company Canadian M&A Report” is a summary analysis of the quarter’s M&A activity. For further information, please contact Ed Giacomelli at 416-362-0020 or visit www.crosbieco.com.