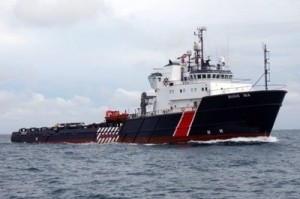 Norway’s Siem Offshore AS has acquired the 50 percent interest in Secunda Canada LP held by Birch Hill Equity Partners, a Canadian mid-market private equity firm. No financial terms were released for the deal, which resulted from a recapitalization of Secunda, an operator of harsh-weather offshore support vessels servicing the oil and gas industry. Secunda, which has offices in St. John’s, Newfoundland and Dartmouth, Nova Scotia, was established by Birch Hill in March 2012, following the investor’s buy of marine assets owned by McDermott International Inc. Siem Offshore acquired an initial 50 percent stake in the company in September 2013.

The AHTS vessel Avalon Sea was successfully delivered from Remontowa Shipyard to Secunda Canada LP on May 12, 2016. The vessel is specially designed and equipped for Canadian waters and will go on a six year contract with an international oil company before June 1st 2016. The vessel represents a significant step in the development of Secunda and the modernization of its tonnage.

As part of a recapitalization of Secunda, Siem Offshore has acquired Birch Hill’s 50% ownership interest in Secunda Canada and has provided the required capital finance the vessel acquisition and importation costs of and other working capital items. Avalon Sea will be the most advanced vessel in the Canadian market and will support two large production fields, Hibernia and Hebron.

With this transaction, Siem Offshore becomes the 100% owner of Secunda Canada and supports our long term commitment to the Canadian market. The acquisition of the remaining 50% of the shares, which was previously contemplated in an Investor Agreement with Birch Hill, will not have a significant cash flow effect for Siem Offshore.