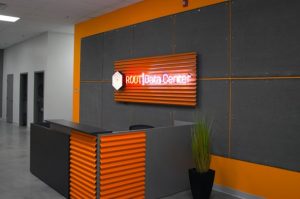 U.S. private equity firm ABRY Partners has provided $25 million in growth financing to ROOT Data Center, a Canadian data centre company that provides colocation solutions to the global computer industry. ROOT, which is based in Montréal, said it would use the funds raised to complete the development of its existing data centre in LaSalle, Québec, build a second data facility, and fund its operational and staffing growth. The second data centre will be located in Baie-D’Urfe, Québec. ROOT, which is led by President and CEO AJ Byers, said it aims to make Montréal “the leading data centre city in Canada.”

MONTRÉAL, QUÉBEC–(Marketwired – May 24, 2016) – ROOT Data Center has taken another step towards making Montréal the leading data centre city in Canada with the addition of a second centre in Baie-D’Urfe, PQ, and expansion of its existing LaSalle, PQ, facility. Investment in greater capacity, increase energy efficiency and a significant increase in staff have been possible through the on-boarding of clients who recognize the value in ROOT’s location and unique service offering.

ROOT Data Center has become the data centre of choice because of its ability deploy needed capacity quickly through one of the most energy-efficient facilities in the country. This allows clients to bring their offerings to market sooner and significantly reduce traditional operational costs.

Anonymous by request, a sizeable new client entering Canada required more capacity to house their IT infrastructure and geographic redundancy was required, inspiring the need for a second site. Currently, ROOT is completing phase one of its new facility in Baie-D’Urfe. The 175,000 square-foot centre that will eventually have a total power capacity of 50MW (megawatt), will go online in June with a 20MW capacity, enough to power up to 20,000 homes.

In sync with the physical site expansion, ROOT has hired more staff to meet its rapid growth, ramping up their team from nine in December 2015 to 34 employees as of April 2016.

Efficiencies are realized though a unique cooling technology that uses the ambient air temperatures to cool the data centre. It is 100 percent free cooling when the temperature outside is below 22C and partial free cooling between 22C and 30C. In Montréal partial support is needed less than 10 percent of the year meaning ROOT’s facilities reduce non-critical energy consumption by more than 50 percent compared to traditional centres. It also eliminates the need for more risky and complicated water cooling systems that can use millions of gallons of wasted water annually.

“We are very excited to assist our new customer as they enter the Canadian market,” said Root Data Center chief executive officer, AJ Byers. “They have proven that our desire to challenge the data centre industry in Canada, by being more efficiency-focused, can bring significant value to large international organizations coming into the country.”

ROOT raised $25 million in growth financing to complete the development of the LaSalle data centre, build the second data facility and fund their operational and staffing growth. The funding was secured from ABRY Partners, a Boston-based private equity firm with extensive investment experience in the data centre sector.

ROOT is a next generation data centre company that provides colocation solutions to empower the world’s computing leaders. Its modular design promises optimal agility and efficiency, which enables all customers to scale their technology infrastructure and grow with confidence. Less power to waste, more power to you. For more information visit www.rootdatacenter.com