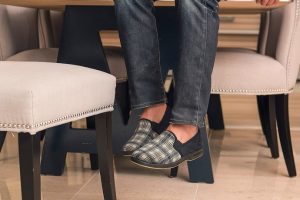 Succession Capital, the U.S. subsidiary of Canadian private equity firm Lynx Equity, has bought North American Shoe Co Inc, a distributor of men’s, women’s and children’s footwear and accessories throughout North America. Established in 1918 and based in East Providence, Rhode Island, the business is Lynx’s second acquired in the footwear space. Earlier this year, PE Hub Canada profiled Lynx, a Toronto-based investor in family-owned mid-market companies, along with its Founder and President Brad Nathan.

SAN DIEGO & EAST PROVIDENCE, R.I.–(BUSINESS WIRE)–Lynx Equity subsidiary, Succession Capital, is excited to announce the acquisition of North American Shoe Co. Established in 1918, North American Shoe Co. is a distributor of men’s, women’s and children’s footwear throughout North America. Its strong national sales team, focused on fashion retail and sporting good stores as well as online channels, gives the company the ability to meet its customers’ requests, whether it is through private label sourcing or with the many brands for which it is the sole distributor. With the assistance of its vendors, North American Show Co. also collaborates on footwear designs for some of its retail customers.

The company has a proven track record of financial stability with upwards-trending revenue and consistent margins. “With nearly 100 years in existence, this company has demonstrated its permanence in the marketplace. These results have been a product of strong fundamentals and the ability to be dynamic in an ever-changing industry,” commented Lynx President Brad Nathan. “We are thrilled to have acquired our second company in the footwear space and look forward to capitalizing on synergies where they exist.”

About North American Shoe Co.
Established in 1918, and headquartered in East Providence, RI, North American Shoe Co. is a footwear wholesaler, catering to the needs of shoe stores, catalogues, sporting goods stores, and Internet sites. It is the sold distributor of several product lines including men’s, women’s and children’s shoes and accessories.
For more information on North American Show Co., please visit www.northamericanshoeco.com

About Succession Capital
Based out of San Diego, CA, Succession Capital Inc. is a diversified private equity firm focused on acquiring small to medium-sized businesses from owners looking to retire. It targets acquisitions of companies with EBITDA between $750,000 and $2.5 million and utilizes a buy and hold strategy. With revenue in excess of $300 million, its parent company, Lynx Equity, has been named one of Canada’s Fastest growing companies by PROFIT Magazine for the past two years.