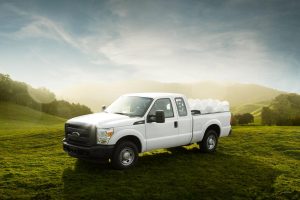 The merged company will be named Westport Fuel Systems Inc. (“Westport”) and will continue to trade under the WPRT ticker symbol on the Nasdaq Exchange and the WPT ticker symbol on the Toronto Stock Exchange. This newly combined company brings together a complementary mix of products, technology and research and development; strong customer relationships; and talented employees, becoming an even stronger, innovative, global leader in the alternative fuel, engine and vehicle sector.

“This is an exciting day as we bring together the best expertise, cutting-edge technology, innovation and leading product offerings in the natural gas industry for automotive and industrial applications,” said David Demers, CEO of Westport Fuel Systems. “In the coming months, we will relentlessly focus on creating value for our customers and shareholders by capturing cost synergies as well as leveraging our deep original equipment manufacturer (OEM) relationships, scale and global reach. We are excited to work together as one company to create a strong platform for growth in all of our active markets.”

Post-Closing Board of Directors Named for Westport Fuel Systems

Westport has additionally announced changes to its board of directors in connection with the completion of the merger. At completion of the merger each of Mariano Costamagna, Colin S. Johnston and Anthony Harris have been added to the combined company’s board of directors to fill vacancies created by the resignation of Philip B. Hodge, Gottfried (Guff) Muench and Joseph P. Caron.

“On behalf of the Board, I would like to thank Philip, Guff & Joseph for their expertise and commitment to Westport,” stated Warren Baker, Chairman of the Board. “They have all made great contributions to the Board and to the success of our company culminating with the completion of this merger. We wish them all well in their future endeavours.”

In addition, Westport also announced today that it has received $17.5 million in cash from affiliates of Cartesian Capital Group (“Cartesian”) in accordance with the amended investment agreement, initially announced on January 11, 2016 and amended on March 7, 2016. Under the terms of the agreement, the investment is received in exchange for 9.0% convertible unsecured notes due June 1, 2021 which are convertible into common shares of Westport Fuel Systems Inc. in whole or in part, at Cartesian’s option, at any time following the twelve month anniversary of the closing at a conversion price of $2.17 per share. All figures are in U.S. dollars unless otherwise stated.

Westport Fuel Systems engineers, manufactures and supplies the world’s most advanced alternative fuel systems and components. More than that, we are fundamentally changing the way the world travels the roads, rails and seas. Specializing in natural gas based systems, our innovative and cost-effective solutions maintain performance while improving efficiency and reducing emissions. Offering a variety of leading brands for transportation and industrial applications, we serve customers in over 70 countries, including some of the world’s largest and fastest growing markets. To learn more about our business, visit westport.com.

This press release contains certain “forward looking statements” within the meaning of applicable securities laws. Words such as “anticipates”, “believes”, “expects”, “intends”, “will”, “should”, “may”, and similar expressions may be used to identify forward looking statements. Forward looking statements are not statements of historical fact and reflect Westport Fuel Systems’ current views about future events. This press release contains forward-looking statements, including statements regarding the anticipated benefits of the Merger, the provision of financial guidance for the remainder of the year and related matters. These statements are neither promises nor guarantees, but involve known and unknown risks and uncertainties and are based on both the views of management and assumptions that may cause our actual results, levels of activity, performance or achievements and ability to complete the proposed merger to be materially different from any future results, levels of activities, performance or achievements expressed in or implied by these forward looking statements. These risks and uncertainties include risks and assumptions related to the completion and benefits of such merger, our revenue growth, operating results, costs, industry and products, the general economy, conditions of and access to the capital and debt markets, governmental policies and regulation, technology innovations, fluctuations in foreign exchange rates, operating expenses, the availability and price of natural gas, global government stimulus packages, the acceptance of and shift to natural gas vehicles, the relaxation or waiver of fuel emission standards, the inability of fleets to access capital or government funding to purchase natural gas vehicles, the development of competing technologies, our ability to adequately develop and deploy our technology, the actions and determinations of our joint venture and development partners, as well as other risk factors and assumptions that may affect our actual results, performance or achievements or financial position discussed in Westport’s Annual Information Form and Annual Report on Form 40-F for the year ended December 31, 2015, Fuel System’s Annual Report on Form 10-K for the year ended December 31, 2015, and other filings made by the companies with securities regulators. Readers should not place undue reliance on any such forward-looking statements, which speak only as of the date they were made. We disclaim any obligation to publicly update or revise such statements to reflect any change in our expectations or in events, conditions or circumstances on which any such statements may be based, or that may affect the likelihood that actual results will differ from those set forth in these forward looking statements except as required by National Instrument 51-102. The contents of any website, RSS feed or twitter account referenced in this press release are not incorporated by reference herein.