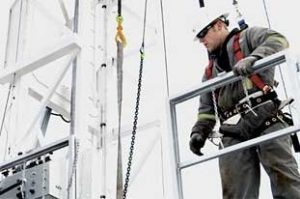 The private equity group of Brookfield Asset Management has acquired additional common shares in CWC Energy Services Corp (TSX-V: CWC), a Calgary-based provider of well services to oil and natural gas exploration and production companies in Western Canada. Brookfield, which has invested in CWC since 2007, paid close to $12 million for the shares, increasing its stake from about 70 percent to about 73 percent. As reported by PE Hub Canada, Brookfield this week closed its fourth mid-market private equity fund at its hard-cap target of US$4 billion.

CWC is a contract drilling and well servicing company operating in the Western Canadian Sedimentary Basin with a complementary suite of oilfield services including drilling rigs, service rigs, and coil tubing.

NOTE: The statements in this press release concerning Brookfield Capital’s future intentions regarding Brookfield Capital’s investment in CWC Energy Services Corp.’s Common Shares may contain forward-looking information and other “forward looking statements”, within the meaning of certain securities laws, including Section 27A of the Securities Act of 1933, as amended, Section 21 E of the Securities Exchange Act of 1934, as amended, “safe harbor” provisions of the United States Private Securities Litigation Reform Act of 1995 and in any applicable Canadian securities regulations. Forward looking statements are identified by words such as, but not limited to, “could”, “may”, and “will”. Readers are cautioned that actual results may vary from the forward-looking information contained herein. We may make such statements in this release, in other filings with Canadian regulators or the SEC or in other communications. The reader should not place undue reliance on forward-looking statements and information because they involve known and unknown risks, uncertainties and other factors.