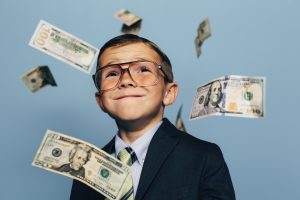 Nearly six years since it was sold to New Mountain Capital LLC, Avantor Performance Materials Holdings SA is paying out a $759 million dividend to its sponsor, a source familiar with the deal said.

Avantor is in the market with $885 million in loans, according to a June 3 report from Loan Pricing Corp, a unit of Thomson Reuters. The loans will back a $759 million distribution to New Mountain, Moody’s Investors Service said in a June 1 note.

The deal will boost Avantor’s debt to $835 million from its current $80 million while debt-to-EBITDA will surge to roughly 5.3x  from its current level of less than 1x, Joseph Princiotta, vice president-senior credit officer at Moody’s and lead analyst responsible for Avantor’s ratings, said in the note.

“The dividend recapitalization is being done at a time when the company’s balance sheet is under-levered following a period of debt reduction and significant growth in EBITDA, which is largely a result of improved execution by new senior management,” Princiotta said.

New Mountain’s investment in Avantor dates to August 2010. The PE firm at the time acquired Mallinckrodt Baker Inc from Covidien for $280 million, Buyouts Insider reported. New Mountain changed the name of the company to Avantor, while Covidien retained the Mallinckrodt name.

In 2011, Avantor acquired RFCL Ltd, a lab and pharmaceuticals business based in India. That year, Avantor also bought POCH, of Poland, which makes products designed for use in classic and instrumental analysis, filtration and microbiology, a statement from that time said.

New Mountain does not appear to have taken any other dividends. New Mountain funded its initial buy of Avantor with $200 million of cash equity, Moody’s said in a 2010 note. The PE firm then contributed another $100 million equity to fund Avantor’s purchase of RFCL in 2011, Moody’s said.

So far, New Mountain is making about 2.5x its money with the investment, the source said. Avantor’s business is “doing very well,” the person said.

New Mountain used its third fund to invest in Avantor, the source said. New Mountain’s third pool closed at $5.1 billion in 2008. Fund III is generating an 11.1 percent net IRR and a 1.5x investment multiple as of Sept. 30, according to performance data from California Public Employees’ Retirement System.

Executives for Avantor could not be reached for comment.