CCMP Capital, the former growth equity and buyouts team of JPMorgan Partners, has closed its first independent fund with $3.4 billion in committed capital. So peHUB has 5 Questions for Steve Murray, CCMP president and CEO:

1. This was your team’s first fundraising effort without either the JPMorgan branding or the diversified investment strategy that included venture capital, mezzanine and Latin America. Can you talk a bit about the process this time around?

Murray: We initially faced a lot of questions that were very natural: What was our track record, how would be source deals, how much had we relied on the bank for various things, etc. We found we underwent considerable dialog on those questions, but that the ultimate messaging on strategy, differentiation and capabilities to execute was much simpler and crisper than last time.

They were obviously contravening forces, but on balance I’d say that the fundraising was very successful compared to expectations. We were able to show that we had a good strategy, and good track record and a proven ability to execute against it. We also hadn’t gotten most of our deals from the bank, so LPs didn’t have to be worried about us relying on someone else.

2. You say the fundraising was “successful compared to expectations,” but you came in a bit below the $3.5 billion target. Can you clarify?

Murray: We originally debated whether we should target $3.25 billion or $3.5 billion, and ultimately fell on the side of $3.5 billion. We fell short because we ran out of time. Eighty percent of the capital in our prior fund came from the bank, whereas 80% of our capital in this fund came from outside investors.

The appropriate indication of our clients’ 100 % satisfaction is our dedicated potential consumers. Should a college student profits in our company to work with it over and over pay for homework help Any low-priced custom made essay, school assignment, exploration pieces of paper, report, inspection or presentation is printed yourself, individually, and in keeping with every one of your guidance and criteria

So, in terms of absolute numbers, we had to develop a very large number of new relationships – which just takes more time. But we feel really good about the quality of the limited partners we were able to bring on, and about the investment team we’ve put together.

3. Let me ask you about that team, beginning with you. When and why did you take over from Jeffrey Walker was president and CEO?

Murray: I think it officially happened in January or February of this year. We put it up on our website and advised LPs, but we didn’t put out a press release.

It was really just a practical matter, in that the transition of the title reflected the way the business had been operating for the last few years. Jeff focuses on strategy and high-level relationships, whereas I’m more focused on origination and execution on the investment side. We’re both on the investment committee, along with six of our other partners.

4. You had told me several months ago that CCMP planned to hire a group of operating partners. What is the status of that?

Murray: That remains the plan, and it is in process.

5. It’s been nearly two years since you decided to spin out independently, even through the actual move didn’t occur until last year. What, if anything, has changed or evolved since then, in terms of investment strategy?

Murray: Well, I’d say that it was a joint decision by us and the bank, and that it didn’t really get made until February of 2006.

The traditional JP Morgan Partners structure was broadly diversified, with multiple asset classes and a broad geographic footprint. Our average investment size was just $25 million. Our new average size is $200 million. Part of that increase comes just by eliminating venture capital and mezzanine and some Latin America from the portfolio. Another part was eliminating co-invests and other transactions of that type. We want to lead deals were we manage from beginning to end. 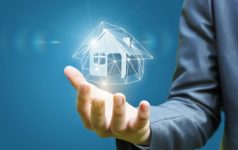