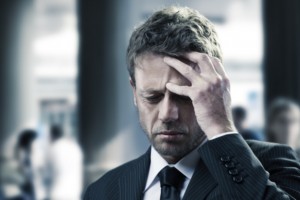 How to spend it? That’s the leading question for buyout firms and their investors, as the amount of capital coming into the market forces both sides to rethink their strategies.

In a low interest rate world, big investors with expanding pools of money are increasingly turning to alternative assets for returns.

For private equity managers, the money mountain has created a $163 billion headache. That’s the difference between the amount of money funds raised worldwide last year and the amount they actually spent in buyouts, according to market research firm Preqin – up from $134 billion in 2013.

The figure is set to be higher for this year and managers’ dilemma looks likely to intensify. In Europe alone in 2016, major outfits including Apax, BC Partners, Charterhouse, Cinven and Permira will all be raising funds. Just those five are seeking around $30 billion, according to Reuters calculations.

Industry figures say firms will have to get creative in order to deploy their cash, going beyond the traditional majority buyout format.

“They’ll be looking at public equities, minority investments, and different sectors and geographies.”

TPG and KKR, among others, have taken their first steps into Africa this year and last year, with a $1 billion investment plan and the purchase of an Ethiopian rose farm respectively.

But the shift is deeper than pinpointing new areas on a map.

The $4.5 billion pool has fewer than 10 investors, allowing its limited partners (LPs) to spend large chunks at a time. It has a longer life to enable it to hold assets for eight years plus, against the usual three to five years – but it also has a lower return profile. U.S. giant Carlyle is raising a similar fund.

It’s a sign of the times. With interest rates low and cash piles high, investors, or LPs, are having to sacrifice return expectations just to get money out the door.

Pension fund assets alone are forecast to reach $56.6 trillion by 2020, from $37.1 trillion in 2013, according to figures from PwC this year, and they need somewhere to put it.

That kind of demand, combined with low interest rates, meant U.S. buyout house Advent felt able to scrap its preferred return, or hurdle rate, on its current $12 billion fundraising. That rate — traditionally around 7-8 percent — means general partners (GPs) must generate a certain amount of return before they begin paying themselves the profits.

“Private equity, even with lower returns — maybe the high teens — is still by far the strongest producing asset class.”

A survey by independent fundraising adviser Rede Partners found that top private equity managers investing today are expected to post an internal rate of return of 17.4 percent — less than the pre-crisis 20 percent threshold, but far better than the 0.8 percent decline in the S&P 500 this year.

Large investors are also looking to be more efficient by writing bigger cheques to fewer funds, meaning allocations to the top funds are ever more competitive.

The top 15 GPs alone — the likes of Blackstone, Apollo and CVC — had an estimated $130.1 billion in undrawn capital at the beginning of this month, or 28.6 percent of the global total, according to Pitchbook data from JP Morgan.

But it’s not just a case of flinging cash after funds. Increasingly sophisticated investors are asking for more bang for their buck.

“In a mature market, investors are looking to concentrate down to about 60 GP relationships with larger commitments,” said Mounir Guen, Chief Executive of MVision Private Equity Advisers.

“They may ask for some form of recognition in terms of the weight of that money, in management fees or carry.”

The biggest GPs — those that can put down $100 million or more without blinking — are even asking for accounts with investment mandates tailored specifically to them. That can give them more control over which assets their money is put into, varying lock-in periods and more favorable fees.