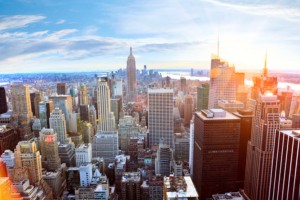 CVC Capital Partners has been sued by a former managing director who said the big private equity firm fired her in retaliation for her complaints about what she called its sexist environment.

In a complaint filed on Friday in Manhattan federal court, the plaintiff Lisa Lee said she was let go last February, a month after objecting in writing to “systemic” gender bias she claimed to face at CVC, her employer since October 2009.

The 42-year-old New Jersey resident and Harvard Business School graduate, who is Asian American, had been the only woman among 37 CVC managing directors and senior managing directors in the firm’s private equity divisions, according to the complaint.

Lee said she had worked in the New York office of CVC Capital Partners (US) Inc, one of five named defendants.

She is seeking compensatory and punitive damages, and said CVC’s wrongful actions have cost her more than $10 million.

“The claims by this former employee are without merit, and we will defend our position vigorously,” CVC said in a statement on Tuesday. The plaintiff and her lawyer were not immediately available for comment.

Lee is the latest individual over the years to accuse a big financial services company of gender bias.

Lee said CVC tried to give male colleagues her accounts when she took maternity leave in 2012 to give birth to twins, and denied her promotions and opportunities available to men.

She also said she faced unwanted physical contact and denigrating comments from male supervisors and other coworkers.

According to its website, CVC has received more than $71 billion of capital commitments, and controls or invests in dozens of entities including BJ’s Wholesale Club and Formula One.