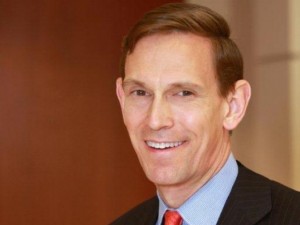 “We’ve known Bob now for a few years, and have been spending time getting to know each other,” said Star Mountain’s Founder and CEO Brett Hickey. “We had a number of common relationships. A lot of our large investors know Bob well and hold him in high regard.”

Long joined the firm on Feb. 1 after stepping down from his role as President and CEO of Oak Hill Advisors’ publicly traded business development company OHA Investment Corporation.

Star Mountain manages separate accounts and commingled funds that operate across a variety of small and middle market strategies, including private equity, private debt and SBIC funds. The firm is also an active buyer on the secondary market and can make direct investments and co-investments.

Long will work across Star Mountain’s platform and plans to bolster the firm’s bona fides as an asset management firm operating at the lower end of the market, which Hickey believes to be fractured and inefficient.

“I was really attracted by the opportunity to deploy capital to the small and medium size market,” Long told Buyouts. “My goal here is to help Brett and the team continue to institutionalize our platform and make it best in class.”

Prior to Oak Hill, Long oversaw Bank of America’s $7 billion strategic capital group and led the team when it spun out as Conversus Capital through a $1.9 billion initial public offering. Conversus, at one point the largest publicly traded fund of funds, liquidated and sold its assets to HarbourVest Global Private Equity in late 2012.

Hickey described Long’s experience as the head of two publicly traded asset management companies as a boon to Star Mountain, which has made several additions to its roster of staff and advisers over the last year.

Correction: Robert Golding’s last name was misspelled in an earlier version of this story.