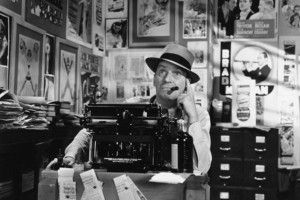 Everyone knows who the firms are that operate “on the edge of legality,” the limited partner said.

I took a sip of my vodka and soda and listened. The LP was explaining that private equity investors are aware of those firms that play around with fees and expenses in slippery ways—those to whom perhaps the U.S. Securities and Exchange Commission alluded when it announced it had found wide-spread bad behavior around fees and expenses in its first wave of private equity exams.

We were standing in an enclosed terrace many floors up in the Ritz Carlton in downtown Chicago; the sky outside overcast, the tops of buildings disappearing in mist and fog. The day had been full of panels and sideline conversations with LPs and GPs about the state of the industry at this mid-point of 2014. The specter of the SEC seemed to hover over all the proceedings at this year’s Buyouts Chicago conference.

If LPs know which firms are hiding improper fees and expenses, and yet nothing has been done until recently when the SEC got involved, then it seems apparent this industry has been in need of some outside influence to bring about meaningful change – to help private equity move along the inevitable path from cottage industry to an institutionalized asset class.

And it seems LPs have been well aware of the kinds of practices the SEC is now so heavily scrutinizing.

During a panel I moderated that focused on what LPs really talk about behind closed doors, some panelists said LPs were not surprised by the SEC’s findings. In fact, they have been aware of things such as ongoing monitoring fees and questionable expenses for a long time. They have fought against them as much as possible, but in the end, you can only negotiate so much before you have to decide whether or not to commit.

The truth is, LPs are going to commit to the best performing managers they can find despite the terms the manager is offering. It’s like eating a bunch of fat and gristle to get to the juicy part of the steak.

A positive view, another LP shared as we sipped coffee during an afternoon networking break, is that the SEC is exploring with fresh eyes practices that have, perhaps unfortunately, become part of the culture of private equity.

Were LPs simply not paying enough attention? I asked. That was too simplistic, or perhaps too cynical, an explanation, the coffee break LP said. The truth is, LPs have been aware of what GPs were doing, and have accepted it as the reality of being in this business. You can fight, but you will only get so far, the LP said.

That is why an organization like the Institutional Limited Partners Association emerged—as a counterforce to the seeming dominance of GPs in the partnership. The ILPA used to be a bunch of LPs sitting around a table talking about the GPs they didn’t like and outlining the egregious practices they saw in the industry. These days ILPA is a much more formal organization that has contributed some meaningful changes in the way private equity works.

But with the fresh eyes of the SEC, perhaps this ingrained culture that has existed so long will be shaken up, perhaps things will change.

As another LP told me while waited for another panel to begin, the SEC’s growing involvement should give LPs as a whole even more confidence to negotiate harder when considering committing to a GP, demand less ambiguity in partnership contracts, keep closer watch over the years of what their GPs are charging. And that’s no bad thing.