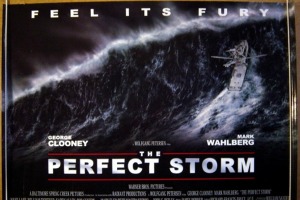 Private equity is headed for the exits, and firms are looking to reap cheaper profits from dividend recaps or make total exits as they wring their hands in anticipation of varying legislative and tax-code changes.

What’s driving them? Well, everything. There is no telling what Washington will do, or—despite some pundits’ projections—how the race for the White House will be decided. Many PE pros have publicly admitted they’re unsure of which way the carried interest vote will go, as well as other tax-focused pieces of legislation.

“That means you have to look at everything” when re-calculating tax regulations in DC, Kravis said.

With this uncertainty in mind, as well as a few short-term advantages, it should be expected more private equity firms will head for the exits any way they can. Lately, a spate of dividend recaps have been announced and it is anticipated more will come in the next few weeks.

Right now, borrowing money is cheap—as cheap as it is ever going to get, most likely. Then, there’s the pesky carried interest taxation prospect—however dim its chances—which would immediately make it more difficult to reap the same multiples off of exits sponsors have enjoyed for decades. Finally, there is the conclusion (well, right now, the anticipated sunset of the tax cuts implemented during President George W. Bush’s administration) of another tax provision that would drive sellers to the exits.

A carried interest tax rate increase, in that case, could also play into the hands of dry-powder-heavy PE shops building platforms. Sources that spoke with peHUB also indicated that LBO shops that have already had lengthy holds on assets where much of their anticipated value has been generated might also unload these portfolio companies at a discount, especially if they are fearful of seeing any returns taxed double in 2013.