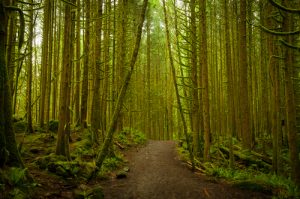 As peHUB Canada reported in February, the private equity group of Brookfield Asset Management had a memorable 2013. Its accomplishments included several lucrative portfolio exits that added materially to the larger Brookfield’s financial results last year—the strongest in its history.

Two of these transactions, both involving forest products companies, were recently in the news.

A realized exit, the sale of Longview Fibre Paper and Packaging, won Brookfield the Canadian PE industry’s most prestigious award. A planned exit, the sale of Ainsworth Lumber, was instead nixed after prolonged efforts to comply with regulatory requirements.

Last July’s sale of the U.S.-based Longview fetched US$1.025 billion from KapStone Paper and Packaging. This gave Brookfield an IRR of 69.6 percent, representing a 10.0x return on invested capital of $114 million. At this week’s annual conference of Canada’s Venture Capital & Private Equity Association (CVCA) in Ottawa, the firm was recognized for this performance, receiving the 2014 “Deal of the Year” award in the private equity category.*

In an interview with peHUB Canada, Brookfield senior managing partner Joe Freedman said Longview was at the time viewed as a “significantly under-performing asset” and high on the cost curve.

Despite the prevailing economic recession and a struggling forest products industry, the reconfigured company began to rack up gains. Under Brookfield’s stewardship, Longview’s EBITDA was increased by 300% from US$40 million to US$160 million.

Longview’s turnaround by Brookfield “shows what private equity can do,” said Freedman. Rather than financial engineering, it was private equity’s ability to execute a strategy in partnership with “a strong and cohesive management team” that made Longview a “first-tier business in its industry.”

(Incidentally, the Longview exit event was something of a two-fer. Shortly after the Kapstone acquisition, Weyerhaeuser bought Longview Timber for US$2.65 billion.)

Brookfield also had success building Ainsworth Lumber, a Vancouver-based manufacturer of oriented strand board, which the PE group acquired through a recapitalization deal in 2008. Like the two Longview companies, Ainsworth eventually attracted the attention of a major strategic buyer, Louisiana-Pacific, which in September offered to pay US$1.1 billion for the business, including the assumption of debt.

For Louisiana-Pacific, the deal looked like a major win. At the time of its announcement, the company’s CEO Curt Stevens said Ainsworth had “very high quality assets” and would provide Louisiana-Pacific with “an expanded suite of strand-based products and technologies, additional access to key international growth markets, and enhanced scale and efficiencies in North America.”

However, after roughly nine months, the pending deal failed to close. On May 14, Ainsworth and Louisiana-Pacific announced the transaction was being terminated due to unresolved issues with Canadian and U.S. regulatory bodies. Regulators had demanded divestitures, “significantly beyond those contemplated” in the original agreement, as a condition of approval.

Freedman was disappointed with the result, calling the planned Ainsworth sale “a great transaction, providing opportunities for both sides.” He was nonetheless sanguine about Ainsworth’s commercial future due to continuing recovery in the U.S. housing market. The company’s customized wood products are made for some of the biggest brand names in residential and commercial construction, retail building products, structural insulated panel manufacturing, and RV and truck manufacturing.

“Prospects for the housing sector are looking increasingly attractive, and we expect that Ainsworth is going to perform very well,” he said.

In 2013, Brookfield’s PE group also wrapped up its third fund aimed at investments in turnarounds and other special situations, the US$1 billion Brookfield Capital Partners III LP. Since the fund’s final close, Freedman said it has completed half a dozen transactions.

Recent platform investments include last May’s acquisition of the Canadian logistics operations of Nebraska’s Millard Refrigerated Services. That transaction created a new company, Brookfield Cold Storage, which has offices in Calgary and Toronto.

*The other winner of the CVCA’s 2014 “Deal of the Year” award in the PE category was Fulcrum Capital Partners. Fulcrum won for last year’s sale of Edmonton-based A&B Rail Services to an investor group, giving it total cash proceeds of $137 million, or 14.3x invested capital, and a 74.2% IRR.

Photo of forest courtesy of Shutterstock