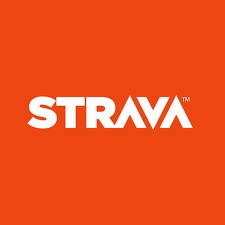 Like most venture capitalists, Greg Gretsch is highly competitive. Last year, when he saw his chance to split off from his old firm, Sigma Partners, and launch a new fund with two colleagues, he took it, creating Sigma West.

Gretsch is also a hard-core cyclist, and in 2009, after testing out Strava, a then-nascent social media app for biking and running, he tried writing a personal check to its founders, Michael Horvath and Mark Gainey. (Gretsch met the pair 14 years ago when their first company, Kana Communications, acquired a software company Gretsch cofounded.)

Because Horvath and Gainey viewed Strava as a small lifestyle business, they initially turned Gretsch down. But a year later, when they phoned him about an angel round, he convinced them to take venture capital instead, and he quickly produced a term sheet from Sigma Partners for nearly the entire amount.

Gretsch now says he believes that Strava is poised to become the “number one sports brand of the 21st century.” The question is whether Gretsch – who has also invested funds from Sigma West in Strava – has landed on the ground floor of one of America’s next big companies or gotten way ahead of himself.

At the moment, things look good. Matched against other social networks, Strava remains somewhat small, with “way north of a million users,” according to Horvath. But Horvath says that 70 percent of Strava’s registrants use the service actively – with 35 percent of them using the company’s GPS-powered app at least twice a week to log in a bike route or running path and set their time against other Strava members, who compete virtually by comparing times and biometric data. (Users who log faster times than others on particular segments can win designations like KOM for King of the Mountain, or score CRs, for course records.)

Strava could profit from its passionate community. As it stands, 20 percent of its users pay the company $6 a month or $59 a year for premium services like analysis of their heart rate data, according to Horvath. And based on the company’s current trajectory, Strava will have 10 million registered users by next year, he says.

That could mean $120 million to $140 million in revenue, assuming 20 percent of Strava’s users continue to pony up for premium services on a monthly or yearly basis. But Horvath eventually sees Strava’s market as one with potentially 300 million members: the 120 million people around the world who are nonprofessional but competitive cyclists, runners, or triathletes — and another 180 million people who he says aspire to the same level of fitness.

Gretsch and Horvath have much more in mind than simply a subscription-only business, too, as they tell me when we meet at Strava’s airy 17,000-square foot offices in San Francisco’s South of Market district. Cyclists spend an average of $2,000 on bikes, gear and accessories a year; runners spend $1,000 annually. It’s the kind of demographic advertisers are willing to kill for, notes Gretsch.

“We haven’t gone down that path yet because it kills some of the brand trust between us and our audience,” says Gretsch. “But when we hit 10 million [users], it’s a really interesting dollars and cents business, and it will just keep on growing from there,” he says.

Some of the ways Strava will expand include cobranded products. Horvath says, for example, that Giro, which makes high-performance helmets, wants to make a Strava helmet using Strava’s colors of orange and white. Strava also plans to begin organizing race events, to add “in activity” features such as bike store recommendations, and layer in perks like route planning that only premium members can share with their friends. Foreign language versions of the service and virtual races are on the drawing board, too.

Meanwhile, though Strava plans to grow from 60 employees to 110 people by the end of 2014, Horvath says the company has no plans to raise more than the roughly $16 million it has already assembled from investors.

Horvath is clearly shooting high. In our meeting, he compares Strava to Nike, saying that like the shoe and apparel giant, Strava is “building products for a type of person out there who wasn’t being served by existing offerings.” He tells me, too, that while Strava “isn’t ruling out other verticals in the future” that “scale doesn’t come from thinking how we reach into more and more sports but how we do more for the athletes who already use Strava in the sports we’re in.”

As a sign of how big Horvath is thinking, he also half-kiddingly asks Gretsch what he thinks about renting the sign atop Strava’s office building — real estate that goes for $50,000 a month.