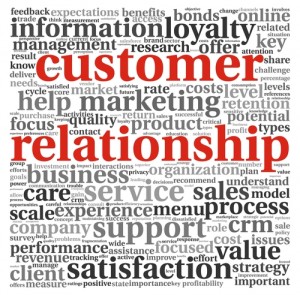 Most venture firms specialize in sectors. But a low-flying venture capital firm is beginning to approach LPs and entrepreneurs with a simple new kind of pitch: its partners can help startups obtain what they most need — customers.

Called Richmond Global, the Miami-based firm, which also has an office in downtown San Francisco, isn’t new. It was founded in 1999 by Peter Kellner, an investor with a collection of impressive degrees (Princeton undergrad, Yale J.D., Harvard M.B.A.) and some hits about which he can boast. For example, Kellner was a  expansion-stage investor in Salesforce.com. He was also among the earliest investors in the Internet advertising firm aQuantive, which acquired Razorfish for $160 million in 2004, before being acquired by Microsoft for a stunning $6.3 billion in 2007. (Last year, Microsoft wrote off nearly the entire purchase price, saying the deal didn’t “accelerate growth to the degree anticipated.”)

Kellner has always operated Richmond Global as a family office. Over the years, he has also raised a series of one-off special purpose vehicles to fund companies’ later rounds, typically after making an early investment. But recently, Kellner has added a partner, Steven Dupree, and according to sources, the duo is now seeking outside funding for the first time to establish a pool with what one source characterizes as a “traditional fund structure but with a managed budget and a rolling close.”

Dupree – who worked briefly at Catamount Ventures and before that, as among the earliest employees of now public remote access software company LogMeIn — wouldn’t confirm or deny fundraising plans when we reached him for comment.

Dupree did share the firm’s current thinking, though – namely, that unlike most traditional VCs that focus on stage or sector, Richmond Global is now “functionally” focused on helping entrepreneurs find customers. “If companies emerge with a particular pain point around customer acquisition – versus technology or the building of its team – it’s a reason to bring in Richmond Global. That’s the thinking behind the fund,” he says.

Said Dupree, who began publishing a blog about customer acquisition dos and don’ts in January:  “You see so many really dedicated, brilliant engineers who build something really cool that they think is useful, but when they dump it onto the market, they can’t sell it and they don’t know why. So to the extent that we can think about product fit before someone has spent thousands of dollars in coding and resources, that’s really appealing to us.”

Some of Richmond Global’s more recent investments include 15five, which has raised $1 million to develop employee feedback software (coinvestors include David Sacks and Jason Calacanis); mobile payments company Obopay (it raised nearly $140 million since its 2005 founding); and the China-based Internet ad company AdChina, which has raised $10 million since its 2007, including from  Signia Venture partners and GSR Ventures. The Shanghai-based company withdrew a planned $100 IPO last month.

Kellner is also a founder of Endeavor, a nonprofit organization that fosters entrepreneurship in developing countries. LinkedIn cofounder Reid Hoffman and Edgar Bronfman, formerly chairman and CEO of Warner Music, are among its board members.

(Corrections: Dupree originally misstated Kellner’s role in Salesforce.com; he participated in one of Salesforce’s later-stage rounds, not as a seed investor. The ad company aQuantive acquired Razorfish; this article accidentally misreported that aQuantive was acquired by Razorfish. This article also reported that Sigma Partners invested in AdChina; it should have said Signia Venture Partners.)