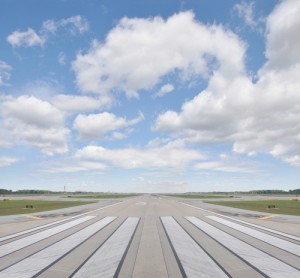 Entrepreneurs who’ve exhausted their seed funding but can’t yet attract Series A funding may soon have a new option in Venture51. The small, early-stage venture capital firm is in the market for $25 million to focus expressly on seed-funded startups needing a bit more runway.

It’s an area that’s rife with opportunity. Tech-entrepeneur blog PandoDaily predicted last November that “as many as a thousand companies who’ve received seed rounds won’t be around in a year — maybe six months.”

Brandon Zeuner, co-founder of Venture51, says he witnessed the “traction gap” firsthand as the firm was investing its first, $7 million fund, across 40 companies over the last two years. He started noticing “companies that were getting traction and could probably raise a Series A but not necessarily land the round that they wanted,” he says. “We also started seeing companies that didn’t want to raise a Series A because they wanted the option of potentially exiting earlier [for a smaller amount than Series A investors might like].”

Zeuner argues that there’s an opportunity to help the former group improve their “stories” going into Series A fundings, as well as the chance to deliver quick, attractive returns from the latter group. Now, Venture51 — which is based in Scottsdale, Ariz. but invests predominantly in the Bay Area and New York — just needs to convince investors.

The firm’s track record will probably only get it so far in the conversations it’s having with individual investors and family offices. Venture51’s portfolio is young and mostly unrealized. Among the firm’s portfolio companies are peer-to-peer car-sharing service GetAround, location app Life360, and real-money gaming platform Betable. All three companies have gone on to raise additional venture funding, including from Greylock Partners, Founders Fund, and Redpoint Ventures.

Zeuner candidly admits that in some cases his firm’s promising stakes have been crammed down by follow-on investors.

While Zeuner and co-founder Ryan Swagar don’t have returns to boast about, they can point potential investors to the success of Republic Project, an ad tech company they co-founded in 2008 and that attracted $1 million in outside funding last September, including from Google Ventures.

Explains Zeuner of Republic Project’s origins, and why he and Swagar aren’t running it today: “Venture51 was originally a lab-type company, where we were spinning out a handful of companies, including Republic Project.” As it happens, many confused the company — named after a single-seat fighter plane used in World War II — for a fund and began sending the pair deal flow.

“I wasn’t ever planning to be a VC,” says Zeuner.