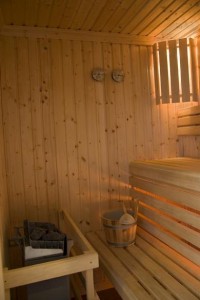 The company has production facilities in Finland, Germany and the US, and sales offices in the UK, France and Russia. It was founded in 1919 and delisted by Sponsor in 1999 when it took a controlling stake in the business alongside management.

Over the last seven years Saunatec, which is based in the city of Espoo, has benefited from the boom in the furniture retail sector over the last few years, adding to its product range and seeing an increase in sales.

Sponsor Capital invested from it first fund, the €100m Sponsor Fund I, which, following the sale of Saunatec, is fully divested. It is currently investing from Sponsor Fund II, a €107m vehicle it closed in 2002. Investors include Amanda Capital, Nordea Bank and several Finnish pension funds and insurance firms.

ABN Amro Capital will acquire a majority stake as part of the deal alongside management, with Nordea providing the senior debt facilities and Nordic Mezzanine the mezzanine. Johan Rydmark and Johan Bjurström led the deal for ABN and will join the board of Saunatec as non-executive directors.

Bjurström, a managing partner in the firm’s Nordic buyout team, said: “The business has seen steady profit growth and cash generation. Total sales have grown to a forecast €45m in the year 2006. There is significant potential for further development of the group going forward both through organic growth and corporate development. In particular, we believe there are tremendous opportunities in Russia with its well established tradition of saunas, as well as in the USA where interest in well-being has become increasingly pronounced amongst American households.”

The acquisition is ABN Amro Capital’s ninth this year, worth a combined value of €1.3bn, alongside five exits. This is also the firm’s third investment in Finland, the first being the 2004 buyout of iittala, a design company, and the 2005 purchase of Loparex, an industrial laminating business.

The purchase of Saunatec comes a few months after the investment in another manufacturing company, the UK flooring company Amtico, which it acquired from Cognetas for €98m.