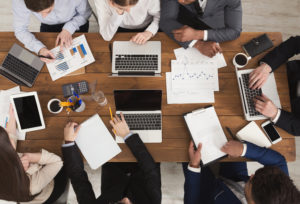 Private equity’s NSO Group saga continues — the New York Times reported this weekend that NSO’s spyware software called Pegasus was used to hack the iPhones of 11 U.S. Embassy employees in Uganda. It’s the first-known case of the spyware being used against U.S. officials, the article said.

There is no evidence of NSO itself directly hacking the embassy employees, but one of its clients using its software, the article said. NSO, which said it carefully vets clients and its software is used in law enforcement and prevention of terrorism, said it will conduct an investigation into the hack.

NSO is owned by private equity firm Novalpina, a partnership that broke up earlier this year over allegations of investment incompetence and conflicts over the future structure of the firm. LPs in Novalpina’s first and only fund made the rare move of booting the three founding partners in what’s called a no-fault divorce. LPs appointed Berkeley Research Group to replace the GP and manage the portfolio.

It now falls to BRG and LPs to manage out Novalpina’s three portfolio companies, including NSO Group. The situation highlights the risk of private equity investing to institutional investors in the case of a partnership failure — when large pensions, endowments and sovereign funds, not necessarily equipped to oversee company operations, must deal with the reputational risks of overseeing a spyware company. PE breakups are extremely rare, but when they do occur, LPs can end up picking up the pieces, or at the very least, cashing out at fire sale prices. Read more here on Buyouts.

Growthy: JMI Equity led an $85 million growth investment in ServiceTrade, a SaaS provider for commercial service providers. Other investors in the funding include Frontier Growth and Bull City Venture Partners.

ServiceTrade was formed in 2012 by Billy Marshall and Brian Smithwick. The company has grown to more than 800 customers that manage more than 12,000 skilled technicians and generate nearly $3 billion in annual service contracting revenue. ServiceTrade’s customers provide inspection, maintenance, repair and project services for fire safety, mechanical and electrical systems in commercial and industrial facilities.

“Before we started ServiceTrade, commercial and industrial service contractors were forced to rely on software that wasn’t designed for their businesses,” Marshall, ServiceTrade CEO and co-founder, said in a statement. Read more here on PE Hub.

Multi: Hub readers know secondaries have been burning up the market this year, tearing their way toward a record $100 billion in activity volume (and more expected next year).

One type of deal not as prevalent in the second half is multi-asset continuation funds. While Audax Group and Summit Partners completed large multi-asset processes, many GPs chose to focus on single-asset secondaries to sort out portfolio companies for which they wanted more time and capital to grow them.

Yet, we understand that secondaries advisers are pushing their agents to expand single-assets into multi-asset processes. One of the big ones currently on the market is Accel-KKR, which is working on a process to move six companies out of its third fund into a continuation vehicle. The deal could total more than $1 billion, though one of the assets may get excluded from the process, sources told me. I’m not exactly sure why, but the likelihood is the asset is a traditional M&A target and will get picked off in a regular exit. Read more here on Buyouts.

That’s it for me! Have a great Monday. Reach me with your thoughts, tips, gossip, people moves, new firm formation, big deals, funds, Drama — anything and everything(!!) at cwitkowsky@buyoutsinsider.com or over on LinkedIn.