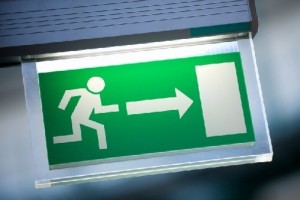 Shareholder Representative Services’ latest Q&A features Alan Masarek.  Masarek led Quickoffice to an acquisition by Google in 2012. He co-founded the company in 2002, where he first served as President and CFO before becoming CEO in 2007. Masarek describes the ability to pivot when a new market opportunity is identified, the use of distribution partners to establish a global brand, and the importance of a tight customer feedback loop to maintain market leadership.

Q: Since you founded Quickoffice, the app development landscape has changed quite a bit. How did your assumptions about the business evolve over time?

The original business in 2002 was very different from the business that we sold. The initial business was a product line that we spun out of Palm, and we were able to buy it for basically nothing and enter into a commercial deal with Palm that gave us access to their distribution worldwide. You can think of it less as being visionary and more as simply a business arbitrage. We saw an opportunity to take a product line from being a Palm-only product to a cross-platform product, and hopefully do well financially on that transaction. Candidly, that was the motivation behind the founding of the company.

The product line was a publishing unit. We took third-party content, published it, and owned the rights to distribute it in physical retail. For example, we would publish the Merriam-Webster Dictionary or the Britannica Encyclopedia. We took that content, put it on memory cards or CD-ROMs, and sold it next to the PDAs at Staples. It just sweetened the checkout, if you think about it. Somebody would go buy a PDA for $200, and here was a $30-dollar add-on. The genres that we published were reference, entertainment and productivity. We realized pretty quickly that there was a really interesting play in mobile productivity, but we didn’t want to publish third-party content. So in 2004, we purchased the company in Texas that owned the Quickoffice IP. The two pillars of productivity are email and Office, and we had an opportunity to buy the leader in a nascent space. We saw Office as the essence of productivity. We shifted the entire company in early 2005 in this mobile productivity pursuit, sold off the original publishing assets, raised our first venture capital round, and really began the current business model around mobile productivity.

Q: So you pivoted the business strategy to address a new market opportunity?

Yes, in the classic sense, we pivoted. We went from a physical product sold at brick and mortar retail to a software product delivered electronically. We went from a multi-genre approach to a single-genre approach–from supporting reference, entertainment and productivity to productivity only. We shifted from a publishing model to an ownership model. We took the lessons that we had learned and the knowledge that we gained in looking at those genres and decided to focus on productivity.

For all intents and purposes, we started from scratch. The only commonality was understanding productivity, because it was one of the three genres that we served. We kept publishing separate just for a few months until we sold it, and we used the cash to help fund the early development of a pure productivity play until we raised our first venture capital. All of this was done in mobile.

Q: Quickoffice has been one of the fastest-growing app development companies with 368% sales growth in three years. How did you achieve such rapid growth?

The secret of our success was seeding the market through distribution via the OEM–the handset manufacturers. This initially began with our days working with Nokia and the Symbian platform. We did a deal in 2005 where we embedded our office suite into the Symbian platform stack itself. So we were included automatically on devices made by any manufacturer who built a Symbian S60 device. Symbian S60 had 80 percent of the world’s smart phone volume at that time, mostly delivered by Nokia, but there were other manufacturers as well. Think of it as a Trojan horse strategy. Our business model was to preload with the manufacturer, or the actual platform itself, and get paid on a per unit basis by the manufacturer, and then upsell our latest and greatest version to the end user. We did this on a branded basis. So Quickoffice was the branded player in the mobile productivity space on the largest manufacturer by a long shot back in the mid 2000’s.

That was decision number one, which went very well. Next, we went cross-platform very aggressively. We went to Android very early. We went to iOS very early. We supported Blackberry. That gave us a big footprint. On a cumulative basis, as of our acquisition by Google, we had shipped close to 500 million smart phones and tablets–all branded.

Then we took that OEM distribution and the brand visibility it gave us and, once the world became dominated by vertical app stores–the iTunes app store, Google Play, etc.–our brand was the best-known in the world. We achieved the highest rankings in the stores, and we ran a very tight customer care loop between getting rankings and getting Facebook fans and Twitter followers to celebrate the high rankings and deal effectively with the lower rankings. It’s all a virtuous cycle.

Q: How did you approach raising capital at Quickoffice?

We raised capital in the most cost-effective manner possible. Equity capital from venture capitalists is the most expensive. Bank debt, if you can get it, is less expensive, but the company has to be at a point of maturity. Then there’s the in between place, between traditional venture equity and commercial bank debt, which is now commonly called venture debt, or some refer to it as the mezzanine capital market. There are some excellent firms that provide this venture debt. We raised equity capital exclusively to a point, because we were an earlier stage company and we could only get equity capital. Then when we had the opportunity, we brought in venture debt to stretch the equity dollar, because it was less expensive. Then ultimately, in the fall of 2011, we brought in commercial debt. That was the least expensive piece of financing. We ended up not really drawing down very much on our commercial bank line. We didn’t need it, but we had put in the facility just to make sure we had the proper capital structure to fund our growth.

Q: What role did having the right capital structure play in Quickoffice’s sale to Google?

I think the cap structure is necessarily important for your exit. First, you need the appropriate amount of capital to scale your business. That’s the macro objective. If you don’t have cash, you die. Cash is like oxygen. Assuming you’ve raised sufficient capital to scale your business, an acquirer is going to make an acquisition irrespective of your capital structure. The only people who suffer when you have a bad capital structure are the owners.

Q: Should mobile be a key consideration in the structuring of business units for today’s CEOs?

Yes. Even today, you’ll find businesses that have a mobile effort organized as a separate business unit. The other business units sit back and say, “mobile is handled by that business unit.” The reality is that mobile is not a vertical silo; it’s horizontal.

Given how the market developed, putting mobile in a silo was natural. Let’s say, for instance, you’re a software company and for twenty years you’ve been selling an ERP system to enterprise customers, and making a ton of money. All of a sudden your customers say, “We need an iPad client or an Android client for this ERP system.” So, you have to build a mobile client version of what everybody in the past had been accessing on desktops. Day one, there’s not any unique revenue that’s tied to that mobile effort. It’s just a cost. It tends not to get the resources it requires. That’s why it’s organized separately in its own silo. It won’t do well in its own silo, and it needs to be embraced, even though it may just be a cost center. The world is not going to put up with only being able to access applications from a desktop. That’s no longer sufficient.