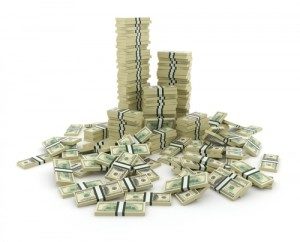 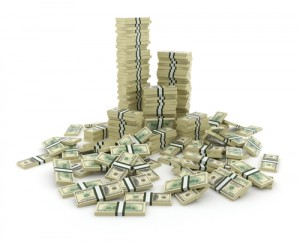 Shareholder Representative Services’ latest Q&A features Sharif Bayyari.  Bayyari recently led Merchant e-Solutions to a $670 million acquisition by Brazilian payment solutions company, Cielo. An expert in merchant processing and an experienced manager, Bayyari founded Merchant e-Solutions with the financial and operational discipline of a public company, while driving the technological innovation and growth that enabled the company to exit at an attractive multiple. He discusses planning for an exit, the valuation and negotiation process, and the future of payments.

Q: How did you differentiate Merchant e-Solutions in such a competitive space?

We are the only company that has fully integrated processes under one system for ecommerce, so we are the gateway. We have the virtual terminal, the authorization, the reconciliation and all the reporting, as well as the organization and risk management–all in one. As of today, that doesn’t exist anywhere else. We were pioneers using modern technology to make the old process a lot more straightforward. So, we were able to add much more value than our competitors. That’s exactly why we became successful and why we exited at a good multiple at the end of the day.

Q : How did your prior experience with an IPO impact the way you managed Merchant e-Solutions?

Our financial and operational discipline was like that of a publicly owned company. Merchant e-Solutions was not run like a small business. We made sure we are in compliance with all regulations. When we formed the company, we understood that we should lay a pipeline for an IPO right from the onset. It is very difficult to do that later on. That made the process of finding a strategic buyer much easier.

Q : What was your exit strategy out of the gate?

When you form a company, you don’t know what will happen. If you are successful, you either merge with someone or you go public. We raised the least money possible, so we could keep our equity. Potential acquirers look at you under a very, very close microscope. They investigate all the processes and all the members of the team. So it was a good decision to instill discipline from day one. I didn’t know we were going to be acquired, but I had been in the public market before, and frankly, I wasn’t looking forward to that again because I spent my time kissing babies instead of building a business. So, that’s why I leaned towards M&A.

Q : How did the deal with Cielo come together?

There were really serious contenders. Cielo was on the fence at first because we would not agree to exclusivity, but then later decided to participate in the process. We promised to keep them well informed about where we were, so in the event they were interested, they could come and compete. Among the finalists, Cielo was number one for multiple reasons. Cielo had a deep appreciation for our technology. Also, we knew they were going to keep jobs in the US. If the acquirer had been a US company, and we had the same processes, I knew there would be some heads rolling. Cielo was looking at us as a business to expand their channel in the US and also as a platform that could really help them in Brazil. Really, it was the best of both worlds for both companies; they got a great company, and we got a great partner.

Q : How did you arrive at a valuation?

I was interested in making sure that we got the best price for the shareholders and that we maintained as many jobs as we could for our employees, who stuck with us for more than twelve years. We positioned the company really well, and our revenue projections in 2010 for ’10, ’11 and ’12 came out right, which made our story really believable. The negotiation moved ahead, and we had two or three close offers. Cielo was up there and we told them how much they needed to pay if they wanted the business. They came up and paid a price we looking for, and from there it was downhill.

Q : Did you face any cultural obstacles in negotiating the transaction, given that Cielo is a Brazilian company?

Not really. Cielo hired US consultants that minimized that cultural difference. They also structured it as a separate company that is wholly owned. So, it’s still a Delaware corporation with the same corporate governance.

Q : What challenges are you now facing post-acquisition?

The basic challenge is integrating the technology. The processes in Brazil are a little bit different than the processes in the US, so there are some requirements that we are going to make sure we support. At the same time, we need to maintain the business and corporate development in the US. So, really it is not an end for me; it’s a new page. We need to make sure that we help corporate become more modern and use our technology in Brazil, while at the same time being the number one processor in America. Our market is very competitive now with new entrants–whether it’s Google, Paypal, Square or whoever. There’s a lot going on, but we are on solid ground to make sure that we will continue to compete and grow.

Q : Where do you see the future of transaction processing going?

It’s going to be very interesting. New entrants, like Square for example, think they own the world. The real road for processing, as I see it, is global. I think ecommerce will continue to grow, but at the end of the day, the merchant is the one who is going to win. The banks are big players in the technology world, and they are realizing the value of processing.

Right now, the challenge for the merchant processor is that you have to buy their terminal. Mobile payments have a huge infrastructure, which means those players can leverage cellular devices. We’re also going to see a lot of the wallet from companies like PayPal and Google, and that’s going to challenge the conventional processors. Let’s just say that it’s going to be interesting, especially when you consider what’s going to happen in the next ten to fifteen years.