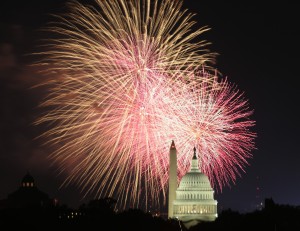 ACON Investments has pulled in $578.2 million in commitments for its fourth flagship fund, marking the international buyout shop’s rapid return to the fundraising market, according to filings.

With a target of $1 billion for ACON Equity Partners Fund IV, ACON Investments plans to raise about a third more than it did with Fund III, which closed on $751 million just two years ago. ACON also raised $515 million for ACON Latin America Opportunities Fund IV in 2013.

In its most recently announced platform deal, ACON combined Intecplast SAS in Colombia and Pieriplast SAC in Peru to form Amfora Packaging S.A.S., one of the largest pan-Andean plastic packaging companies.

In April, ACON acquired Fiesta Mart LLC, a 60-store international and Hispanic grocery chain based in Texas. The same month, Citla Energy SAPI de CV, an oil and gas company in Mexico City and Houston, teamed up with ACON to explore opportunities in the opening of the Mexican energy sector to private companies.

In March, ACON invested in affiliates of BetterWare de México, the leading direct seller of home organization products in Mexico.

On the exit front, ACON and MidOcean Partners sold outdoor advertising company Fairway Media Group LLC for an undisclosed price to GTCR, which partnered with Adams Outdoor Advertising. The deal closed in January.

In 2014, ACON won a Buyouts Middle-Market Deal of the Year award for its handling of retailer Spencer Spirit Holdings Inc. That deal produced a 9x return in less than six years after ACON’s 2013 sale of the company  to management.

With offices in Washington, Los Angeles, Bogotá, Mexico City and São Paulo, ACON has portfolio companies in the United States, Mexico, South America and Europe. Founded in 1996 by Aronson, Brotman and Ginn, ACON now manages more than $3.6 billion in assets.

The firm did not respond to an email seeking comment.