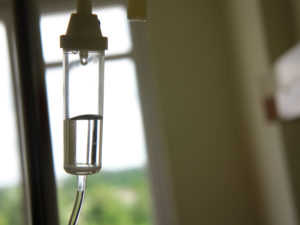 A sale process has kicked off for BioMatrix, a private equity-backed national provider of specialty pharmacy and home infusion services, according to four sources familiar with the matter.

Cantor Fitzgerald has been mandated for sell-side financial advice on a limited sale process, sources told PE Hub. Deal books have been distributed, with first-round bids for the company due in mid-September, the people said.

The Plantation, Florida-headquartered company is marketing run-rate EBITDA of $30 million, some of the sources said, indicating that it is too soon to say where value is likely to pan out.

Led by CEO Nick Karalis, BioMatrix was formed in 2015 through the merger of specialty pharmacies Matrix Health Group and BiologicTx, initially spanning seven pharmacies. It now encompasses 12 specialty pharmacy locations nationwide, according to its website, serving patients with chronic, difficult to treat conditions.

The company under its current backers has diversified to position it for growth in different areas, broadening and deepening its capabilities in specialty home infusion and adding hub services. The national platform is nearly 100 percent in-network, one source noted.

For example, PE Hub wrote earlier this week that Waud Capital Partners is buying PromptCare, which comprises an in-home, infusion-therapy business and a complex respiratory business with a large pediatric patient population. The deal was valued a little north of $400 million, sources said, implying a more than 13x multiple based upon the asset’s $30 million of EBITDA sources quoted.

Waud is buying PromptCare from The Halifax Group through an initiative it launched last summer with seasoned healthcare executive Paul Jardina, people familiar with the pending deal said.

Elsewhere, Linden in October 2020 announced a majority investment in Vital Care – a franchisor of home infusion services throughout underserved secondary markets. The acquisition of Vital Care, which supports over 50 franchises across 20 states, was valued at a mid-teens multiple that target’s about $20 million in EBITDA, implying a deal valued around the ballpark of $300 million, two sources familiar with the deal told PE Hub previously.

ACON and Cantor declined to comment. Triton and BioMatrix did not return PE Hub’s requests for comment.