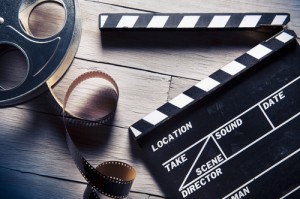 U.S. activist hedge fund Livermore Partners is calling on Canadian and U.K. media firm Entertainment One to slow down its pace of deal-making and improve its cash flow, the fund’s top executive said.

Livermore could also push the television and film content and distribution company into a sale of the entire business if the fund does not see a reversal in strategy within the next 12 months, Livermore Managing Director David Neuhauser said.

Based in Toronto with its shares listed in London, Entertainment One has announced a string of acquisitions and joint ventures in recent years. EOne, as the brand is known, also revealed plans last year to acquire a majority stake in Astley Baker Davies, producer of the popular preschool franchise Peppa Pig.

The company has been rapidly growing its revenue, but some investors and analysts have been getting concerned that the company might be putting sales growth ahead of profits and debt management.

Livermore has recently bought a stake in the company and begun engaging with some top executives. Last week, Neuhauser wrote to Darren Throop, chief executive of Entertainment One.

“The equity looks dislocated from the recent moves you have exercised to further your hold on the Peppa Pig franchise and its global growth potential,” he said in a copy of the letter seen by Reuters.

Canada Pension Plan Investment Board, one of the world’s biggest pension funds, is the biggest shareholder in the company, owning a 19 percent stake.

Throop did not immediately respond to a request for comment. Spokespeople at Entertainment One and CPPIB declined to comment.

“They don’t view themselves as being overlevered. I do,” Neuhauser said in an interview. “Unless they prove otherwise, they’ll have to scale back.

“I want to see a leaner, more-focused entity that can compete globally with the likes of Lions Gate.”

Neuhauser did not disclose the size of his stake.

When the company last year revealed plans to acquire the Peppa Pig franchise stake last September, the stock dropped nearly 9 percent the day the announcement was made.

Update: CPPIB bought a minority stake in Entertainment One for £142.4 million last year. The seller in the deal was British private equity firm Marwyn Investment Management.