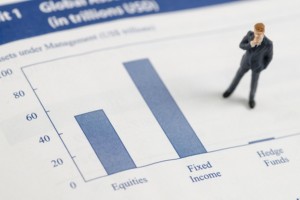 Adams Street, based in Chicago with $27 billion of assets under management, hired Bill Sacher and Shahab Rashid to build the private credit platform. Sacher and Rashid will build the group out of Adams Street’s New York City office, which they are opening.

“We see substantial opportunity to generate attractive returns for investors while providing valuable capital to our general partner sponsors, who have seen banks pull back from middle-market lending,” said Jeff Diehl, managing partner at Adams Street, in a statement.

Sacher and Rashid plan to expand their team.

Sacher, whose title is partner and head of private credit at Adams Street, has 28 years of experience in the leverage debt markets. He previously led and was portfolio manager of Oaktree’s mezzanine business, which he co-founded in 2000, according to a biography provided by Adams Street.

Earlier, Sacher worked as co-head of both the leveraged finance origination team and the high-yield capital markets group at JP Morgan. He also held leadership roles in the high-yield businesses at NationsBank, now part of Bank of America, and Bear Stearns, the biography said.

Rashid, partner and co-founder of the private credit team at Adams Street, also worked at Oaktree as managing director and deal team head within that firm’s mezzanine group. Prior to that, he worked in the leveraged finance group at Salomon Smith Barney/Citigroup, where he focused on high-yield and leveraged loan deals for financial sponsors and corporations.

The private credit unit is a “natural fit” for Adams Street, as the group will work off of the firm’s existing GP relationships, Sacher said. The group wants to give sponsors a “one stop” credit service, offering a range of credit products like first-lien loans and unitranche facilities, second-lien loans, mezzanine and preferred equity, he said.

Banks have gravitated away from middle-market lending because loans generally aren’t large enough to syndicateand banks don’t want to hold the loans on their balance sheets. This has made room for private lenders like Adams Street, which comes into a space that is growing increasingly competitive. Some of Adams Street’s competitors include Golub Capital, Madison Capital, Antares and others.

LPs have big appetite for private credit funds. Two-fifths of LPs who responded to Coller Capital’s winter 2015-2016 Global Private Equity Barometer survey said they plan to accelerate commitments to private debt over the next two years.

Dry powder for private debt stood at $154 billion as of March 2015, according to data provider Preqin. Fundraising for direct lending funds reached $29.1 billion across 45 funds in 2014, Preqin said.