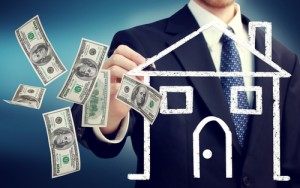 Tricon Capital Group, a Toronto-based private equity firm focused on real estate, has done an additional closing of US$135 million for its most recent U.S. distressed residential real estate fund, Tricon X LP. As a result, the institutionally-supplied fund’s size now totals US$260 million. This closing, combined with the recently announced separate account, has increased the firm’s capital managed to more than $1.5 billion.

TORONTO, Sept. 19, 2013 /CNW/ – Tricon Capital Group Inc. (TSX: TCN) (“Tricon” or the “Company”) today announced an additional closing of US$135 million for its most recent U.S. distressed residential real estate fund Tricon XI, L.P. (“Tricon XI” or the “Fund”), increasing the Fund size to approximately US$260 million. This closing combined with the recently announced separate account has increased Tricon’s assets under management (“AUM”) to more than $1.5 billion, representing a 35% increase in AUM from December 31, 2012.

“I am delighted to announce that today’s close brings the total capitalization of Tricon XI close to our target of US$300 million. Despite what remains a challenging fundraising market, institutional investors continue to show their confidence in Tricon and its time-tested investment strategy in U.S. residential land” said David Berman, Tricon’s Chairman and Chief Executive Officer. “With a robust pipeline of upcoming fund investments and other separate account transactions expected to close over the balance of the year, we believe our core asset management business will easily achieve its strongest year in the Company’s history.”

Tricon XI was established in late 2012 to capitalize on “once in a generation” investment opportunities in distressed U.S. residential real estate that have arisen out of the 2007-10 credit crisis and related economic recession. The Fund provides financing to experienced and reputable real estate developers for the acquisition, repositioning and development of distressed residential properties across the United States, with a primary focus on Northern and Southern California; Phoenix, Arizona; South Florida; Dallas and Houston, Texas and Atlanta, Georgia. As of today, the Fund has committed to six transactions, aggregating approximately US$125 million of Fund capital. Under the Tricon XI limited partnership agreement, the Fund has until December 3, 2013 to have a final close.

“Tricon XI’s investment program began in late 2011 with two warehoused investments and accelerated in 2012 and 2013 following the first close of the Fund. Given that these six investments were acquired prior to the most recent increase in residential land prices across the U.S., we believe that the existing portfolio will outperform original expectations. In terms of future deals, we continue to see attractive buying opportunities across our major markets in the Southeastern and Southwestern U.S. and expect the majority of the Fund to be committed by the end of 2013. The Fund is well positioned to benefit from the ongoing U.S. housing recovery and I believe that Tricon XI will ultimately be the top performing fund in Tricon’s 25 year history” said Berman.

Founded in 1988, Tricon is one of North America’s leading residential real estate investment companies with approximately $1.5 billion of assets under management and an investment in more than 2,500 U.S. single-family rental homes. Tricon provides financing to local operators or developers in select markets in the United States and Canada, with a primary focus on for-sale housing in growing markets. Since inception, Tricon has invested in approximately 160 transactions for development projects valued at more than $11 billion. More information about Tricon is available at
www.triconcapital.com.