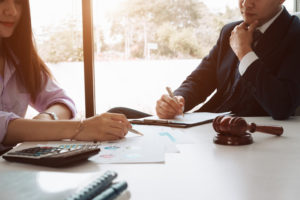 Big development yesterday with Advent International and Forescout Technologies avoiding a trial over the firm’s efforts to back out of its previously-agreed deal to acquire the tech company.

The dispute was set to be the first MAC case to actually go to trial at Delaware Chancery Court, which would have set a precedent one way or the other for future MAC disputes. Instead, the parties came to a settlement on the eve of the trial.

The situation appears to favor Advent, in that the two sides renegotiated the deal down from the original agreement, from $1.9 billion to $1.43 billion. Some believe that a buyer invoking a MAC clause is not actually about bailing from a deal, but a negotiating tactic to adjust price in the downturn, writes Sarah Pringle on PE Hub this morning.

“It seems to me [Advent] made an economic decision, as well as a business and legal decision, bringing down the purchase price, maybe not as much as they wanted, closing the deal, and avoiding years of uncertainty and expenses,” said Jake Bullen, partner and co-chair of the private equity group at law firm Cassels. Bullen recently negotiated a MAC settlement involving two privately-owned parties.

The pandemic downturn is leading to more explicit language in deal agreements that sets out specific thresholds for when the pandemic can be used to renegotiate. Criteria could include a hit to EBITDA by more than 12 percent, Sarah writes. Read the story here on PE Hub.

Emerging: An emerging manager we’ve tracked since inception is Yellow Wood Partners. The Boston middle market firm closed its prior, second fund, on $360 million in 2017. Yellow Wood is back in market targeting $750 million, according to a Form D fundraising filing. The firm raised $425 million so far for Fund III, the filing said. Read the news brief here on PE Hub.

The firm was launched by ex-J.W. Childs President Dana Schmaltz to focus on investments in consumer brands. The roots of Yellow Wood date to 2009, when Schmaltz and Peter Mann created Blacksmith Brands in partnership with Charlesbank Capital Partners. The company was built around five consumer brands Blacksmith bought from Johnson & Johnson in October 2009. They sold Blacksmith to Prestige Brands Holdings in November 2010 for a 149 percent IRR.

Top Scoops
Here’s another first-timer: Long-time Blue Wolf senior executive Michael Ranson left and launched Astara Capital Partners, which is actively in market looking for deals, sources told me. Ranson worked at Blue Wolf from 2008 to April of this year, according to his LinkedIn profile.

Much of Astara’s team has former ties to Blue Wolf, including Rob Groberg, vice president at Blue Wolf from 2016 to 2019. The investment team also includes Mitchell Barth, who worked at Carnelian Energy Partners from 2016 to June 2019.

Read the story here on Buyouts.

This is interesting: the FBI issued a security bulletin that private investment pools like hedge and private equity funds are being used to launder money, according to a Reuters report based on leaked documents. The bulletin said the private investment industry does not have adequate money laundering protections.
One example cited in the bulletin, issued in May, was a New York-based private equity fund that received more than $100 million in wire transfers from a Russia-based company allegedly associated with Russian organized crime, which cites a “reliable source with excellent access.”