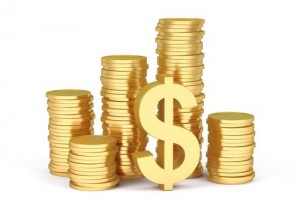 Here’s a sign of the times: Advent International has decided to not include a preferred return in its next flagship fund, which will target $12 billion.

A preferred return is a hurdle, usually set at a 7 or 8 percent annual return, that the general partner must hit before it starts to collect carried interest. Advent’s Fund VII had an 8 percent preferred return, according to documents from the University of Houston Board of Regents. Fund VII was producing a 22.8 percent net internal rate of return and a 1.3x multiple as of Dec. 31, 2014, according to backer California Public Employees’ Retirement System.

Limited partners tend to see the preferred return as an insurance policy against having the GP collect a share of profits before it has generated a decent rate of return for backers. On the other hand, the GP may argue the hurdle can create situations unfavorable to the LP. If, for example, the GP remains well under the hurdle while running low on dry powder it may be tempted to swing for the fences with its last gasps of capital.

“They’re a good manager, strong returns. And remember, the pref is only an interim return you get before they get into carry…If you feel they’re getting 8 percent for sure, the pref doesn’t come into play,” said the first of two LPs who confirmed the Fund VIII terms for Buyouts.

The lack of a preferred return is offset somewhat by the Advent fund’s proposed European waterfall structure in which the GP must pay back all of an investor’s contributed capital before collecting carried interest, the first LP said. Many buyout firms, by contrast, can collect carried interest on a deal by deal basis, provided they’ve returned to investors capital contributed on realized transactions, and sometimes additional items such as related fees and expenses.

Advent recently informed LPs it is officially launching Advent International GPE VIII with a $12 billion target. This would make it slightly larger than the firm’s prior flagship vehicle, which closed on $10.8 billion in 2012. Buyouts reported in June that Advent was expected to launch Fund VIII in the third quarter with a target of more than $10 billion.

Advent is expected to have a quick fundraising for Fund VIII, despite the large size and lack of a preferred return.

It’s not clear why Advent decided to drop the preferred return, although firms with strong track records have been in a position to command more favorable terms from eager investors. Proposed terms on the fund can be changed after negotiations with LPs. The firm declined to comment, citing U.S. securities laws regarding talking to the press during fundraising.

Some believe the 8 percent preferred return level is outdated and should be reduced. In the early days of private equity, preferred returns were set at 8 percent because that was the going risk-free rate of return. “Treasurys dropped off but the pref stayed at 8 percent,” the first LP said.

LPs generally want to see a fund with a preferred return. The Institutional Limited Partners Association, the trade organization for LPs, recommends funds adopt distribution waterfalls that pay LPs back all contributed capital plus a preferred return before GPs collect carried interest.

“At the end of the day, the GP is making a lot of money off someone else’s money. It’s only fair if that person puts up the money to get some preferred return,” the first LP said. “It’s all about alignment of interests.”

Kohlberg Kravis Roberts & Co did not use a preferred return in its funds for many years. However, the firm added one on its last flagship vehicle, KKR North America Fund XII.

That left just a few hold-outs, including Hellman & Friedman, which is considered one of the top private equity managers in the game. H&F raised $10.9 billion in a matter of months last year despite its lack of a preferred return. A spokeswoman for Hellman & Friedman did not return a request for comment.

The second of the LPs who confirmed the Advent terms, along with a third LP who had not seen Advent’s terms, were not happy with Advent’s move in the same direction.

“Hate it but that is the funding environment we are in and high-quality managers have the ability to drive terms,” said the second LP, who will be taking a look at the fund. The third LP, also considering a commitment, said: “I don’t like it at all.” But, the LP added, “nothing will surprise me in this market.”