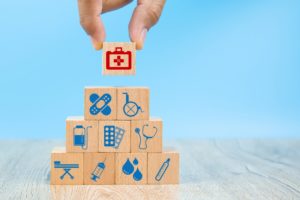 Advent International is partnering with Great Hill Partners as an investor in RxBenefits, which helps self-insured employers manage pharmacy benefits and costs, according to people familiar with the deal.

The pending recapitalization is set to value the Birmingham, Alabama, company north of $1 billion, some of the people said. The transaction has not yet closed.

The two Boston-headquartered firms’ respective stakes upon completion of the deal are unclear.

The agreement concludes a process in which Barclays Capital and Triple Tree provided sell-side financial advice, some of the people said.

RxBenefits has experienced significant growth under the backing of Great Hill, which is poised to make out well from its continued investment in the company. The growth equity firm originally invested in the business in January 2016.

RxBenefits produces about $60 million in EBITDA today, up from $5 million in 2016 around the time of Great Hill’s original investment, sources told PE Hub.

RxBenefits provides various pharmacy benefits administration solutions for small to mid-sized, self-insured employers. The company can be likened to a marketplace of PBMs [pharmacy benefits managers] – allowing access to a range of different plans such that employers can navigate and determine the best fit or most affordable pharmacy benefits option.

In previous investments, Great Hill in March 2019 exited its investment in PlanSource through a sale to Vista Equity Partners for an undisclosed sum. The firm in November 2014 sold BSwift for $400 million to Aetna.

Advent, for its part, has remained an active dealmaker through the pandemic. Most recently, Advent agreed to acquire Nielsen Global Connect from Nielsen for $2.7 billion, the seller announced Sunday. The private equity giant is partnering with former TransUnion CEO James “Jim” Peck on the deal.

Spokespeople with Advent, Great Hill and Barclays declined to comment, while representatives for Triple Tree didn’t return requests for comment. The company couldn’t immediately be reached.