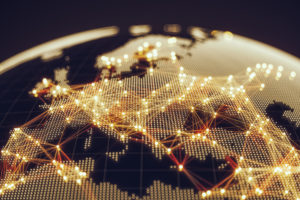 P2 Energy Solutions, backed by Advent International, is looking for a new owner in a deal that could value the company between $1.3 billion and $1.5 billion, four sources familiar with the company told Buyouts.

The sale process is likely to kick off early next year, one of the sources said.

William Blair will be advising the company on its sale, the people said.

P2 Energy, based in Denver, Colorado, provides software that helps oil and gas producers with production monitoring, finance and accounting and land management.

The company generated $180 million to $200 million in annual sales and $80 million to $90 million Ebitda, the people said. This would equate to a value of between $1.3 billion and $1.5 billion for the company, they said.

Advent, which acquired P2 Energy in 2013 from Vista Equity, has had a bumpy ride with the asset.

After Advent’s acquisition, many P2 customers, whose annual contracts began to expire, turned to other software vendors with less expensive services, two of the four sources said. That customer shift followed a significant price increase that Vista administered on P2 services before it sold the company to Advent, the two people said.

Plunging oil prices were also a factor: A barrel of oil that traded for an average of $91.16 in 2013 fell to $36.34 in 2016, according to InflationData.com. This drop hit P2, which was trying to grow its customer base, one source said. “You have angry customers and then you have oil prices that are low, so customers are not buying new software. When the market is bad you don’t want to be spending on new products,” the person familiar with the situation said.

P2 Energy also has gone through management changes over the past few years.

Under Advent’s ownership, P2 Energy changed three CEOs: first, Charles Goodman, who managed the company from September 2011 to January 2015. Next came Amy Zupon, who led the company from January 2015 to February 2017. And finally, Scott Lockhart, P2’s current CEO, who took on the role a month after Zupon’s departure.

Despite all, Advent is still poised to make a good return on its investment, two sources said. The company yields recurring revenue, and things have become stable, they said.

The business is likely to attract interest from Thoma Bravo, which owns Quorum Software, P2 Energy’s direct competitor, which also provides software for the oil and gas industries, the source said.

Goodman, once a CEO of P2 Energy, is Quorum’s chairman of the board and an operating partner at the company.

PE has been active in the energy tech space recently. Warburg Pincus has put RS Energy Group on the block, while Accel-KKR is preparing to sell Energy Services Group, sources told Buyouts.