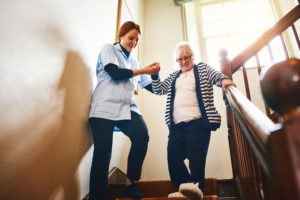 Bringing more healthcare services under one roof, Milwaukee’s Advocate Aurora Health has snapped up Senior Helpers from Altaris Capital Partners in a deal valued around $180 million, according to a source familiar with deal terms.

The deal, announced Thursday, equates to approximately 14x the target’s 2020 EBITDA of about $13 million, a source with knowledge of the matter said, implying a valuation of roughly $180 million for Senior Helpers.

For Altaris, which bought Senior Helpers in 2016 from Levine Leichtman Capital Partners, the transaction concludes an auction that sources said got underway around November. The process encompassed predominately private equity groups in addition to Advocate Aurora Health.

Cain Brothers, a division of KeyBanc Capital Markets, advised the sellers, while Livingstone advised Advocate Aurora Health on the transaction.

The strong appetite garnered in the auction for Senior Helpers comes as little surprise as the broader home care industry witnesses growing demand, but the outcome wasn’t particularly expected.

Advocate Aurora Enterprises represents the first strategic buyer of a home care franchisor in over a decade. The most recent instance was in 2009, when Webster Equity Partners’ Comfort Keepers locked down a buyer in Sodexo, a French provider of food and facilities management services.

Traditional strategic buyers of home care businesses have historically strayed from the franchise model because of limitations including an inability to influence brand operations, one source said.

But for Advocate Aurora Enterprises, the deal aligns with the new subsidiary’s focus on investing in three categories: aging independently, parenthood and personal performance.

“This deal capitalizes on our organizations’ shared commitment to helping seniors thrive independently, comfortably and affordably in their homes and our shared vision of the home as the care delivery venue of the future,” Advocate Aurora Enterprises President Scott Powder said and an emailed response to PE Hub. The company declined to comment on financials.

Senior Helpers represents the second acquisition for the subsidiary, which in late March led a series C funding round of more than $25 million in Foodsmart, a personalized telenutrition and foodcare business.

Other PE-backed franchisors to keep tabs on include Linsalata Capital Partners’ Senior Helpers, a $7 million-in-EBITDA business which sources said is currently seeking a buyer. Lincoln International is advising on the process, one person said.

Post-covid, anything touching the home has received an an extraordinary amount of attention, translating to higher multiples on the deal front. Covid-19 has only accelerated seniors’ preference for care in the home as extra measures are taken to make sure loved ones are out of facilities.

Outside of the franchising model, a sale process is far along for BelHealth Investment Parnters’ Care Advantage, which provides predominantly private pay non-medical home care services.

Care Advantage, which generates roughly $10 million in EBITDA, originally kicked off a Cantor Fitzgerald-run process in Q2 of 2020, sources said. A mid-teens multiple is anticipated, they said.

Elsewhere, PE Hub wrote in early March that CareFinders Total Care, a fast-growing non-medical home care company in the Northeast, is looking for a growth investment to fuel its momentum.

The Moelis-run process is expected to produce an 11x to 13x multiple of the company’s more than $35 million in EBITDA, sources said, suggesting a deal could be valued at more than $450 million.

In notable activity this year so far, KKR-backed BrightSpring Health Services – historically known for its non-medical home care and pharmacy businesses – clinched a $775 million deal for Summit Partners‘ Abode Healthcare in a bid to substantially build out its home health and hospice business, PE Hub wrote.