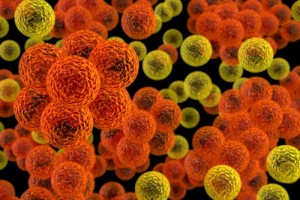 Affinium Pharmaceuticals announced this week that, in conjunction with its Phase 1 trial of a new antibiotic for treatment of Staphylococcal Infections, it has raised a new round of financing from its current investors. Financial terms were not disclosed, but Toronto-based Affinium is venture-backed by Forward Ventures, the Ontario Emerging Technologies Fund, SV Life Sciences, and Genesis Capital Corporation, according to an earlier story by peHUB.

Affinium Pharmaceuticals Announces the Initiation of a Phase 1 Intravenous Clinical Trial of a New Antibiotic Prodrug, and the Closing of a Follow-on Financing Round

Affinium also announces today the closing of a follow-on funding round with its current investors which supports the continued development of AFN-1720.

AFN-1720, the AFN-1252 prodrug, is Affinium’s lead compound in a completely new class of antibiotics inhibiting bacterial fatty acid biosynthesis inhibition. AFN-1252 is targeted specifically to Staphylococcus spp, the most common bacterial pathogen in man.  It demonstrates exquisite potency against all strains of Staphylococcus aureus (5400) tested to date, including all strains of MRSA.  Affinium will present recently generated data at several upcoming medical conferences and business meetings:

Staphylococcus is the mostly commonly identified bacterial pathogen in man and is a potential pathogen in almost every type of bacterial infection.  Methicillin-resistant strains of S. aureus (MRSA) account for about half of all S. aureus strains in the US and cause significant morbidity and mortality worldwide.  According to the Infectious Disease Society of America (IDSA), MRSA kills more Americans every year than emphysema, HIV/AIDS, Parkinson’s Disease and homicides combined.1

AFN-1720 is a new prodrug of Affinium’s successful clinical-stage drug, AFN-1252, and represents a new lead clinical-stage agent in this novel class of antibiotics.  Due to its unique, staphylococcal-specific spectrum, AFN-1720 is expected to preserve the human gut microbiome resulting in minimal antibiotic-associated side effects, such as antibiotic-induced diarrhea or C. difficile overgrowth.  Clinical data observed to date supports this concept.  Additionally, with no resistance pressure on other bacterial species, the development of multiple-drug-resistant organisms like vancomycin-resistant enterococci (VRE) is unlikely.  Oral and IV AFN-1720 is being developed for clinical use in several serious infections.  AFN-1252, the parent molecule of AFN-1720, is 3-20 times more potent than linezolid in animal models of infection, and is exquisitely potent against all strains of Staphylococcus aureus, with an MIC90 of 0.016 µg/ml against 5,400 strains of Staphylococcus aureus tested to date including all known resistant strains such as MRSA and vancomycin-intermediate S. aureus (VISA).  In clinical trials, AFN-1252 has demonstrated an excellent efficacy, safety and tolerability profile in over 220 subjects.