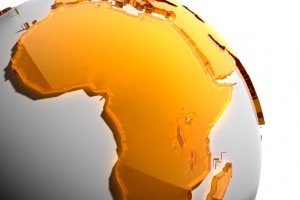 Sub-Saharan Africa attracted $1.6 billion of private equity investment in 2013, the most in five years, with the East Africa region experiencing the biggest increase in deal activity, a survey showed on Wednesday.

However, private equity funds focused on sub-Saharan Africa raised less money year-on-year, with 11 funds taking in $922 million, down 46 percent from 2012, according to data from the Emerging Markets Private Equity Association.

As one of the world’s fastest growing regions, sub-Saharan Africa has caught the attention of private equity investors who have been encouraged by rising consumer spending and natural resource discoveries in countries like Kenya, Uganda and Mozambique.

Given the limited number of listed companies and low liquidity in stock markets outside Johannesburg, Lagos and Nairobi, the asset class also offers investors greater exposure to fast-growing sectors.

Deals announced so far this year include an investment in J&J Africa, a Mozambique-based transport firm, by Carlyle Group and the asset management arm of South Africa’s Investec . Standard Chartered also said in January its private equity arm had taken a 13 percent stake in Botswana-listed supermarket chain Choppies Enterprises . The size of both deals was not disclosed.

The amount of capital invested by private equity funds in sub-Saharan Africa in 2013 represented a 43 percent increase from the previous year, EMPEA said. This contrasts with emerging markets as a whole, which saw a 7 percent year-on-year decline in capital flow to $24 billion.

The sectors in sub-Saharan Africa which lured the most capital were energy and natural resources, with $833 million invested, and banking and financial services, which drew $256 million.

East Africa accounted for just over a third of the 74 deals completed in 2013. The amount deployed to the region doubled to $769 million, nearly half of the total capital invested in sub-Saharan Africa.

The region has become an investment hotspot after gas discoveries in Tanzania and Mozambique and other hydrocarbon finds in Uganda and Kenya.

One of the largest deals was a $600 million investment led by Warburg Pincus in Delonex Energy, a central and east Africa-focused oil and gas exploration company that was launched in June.

Although fundraising declined in 2013, large sums had been raised in the past few years and were now being deployed, EMPEA said.

“In Sub-Saharan Africa, 2013 was the beginning of a big deployment phase for private equity capital, resulting in a drop in fundraising for the region but a five-year high for investment, said Robert van Zwieten, EMPEA’s chief executive.

“A large amount of capital was raised for the region in previous years, and now that capital is being put to work.”

He added that the prospects for 2014 were promising as six funds currently in the market with targets above $500 million have a pan-Sub-Saharan African mandate.

“We anticipate 2014 to be an active year for fundraising in the region,” he said.