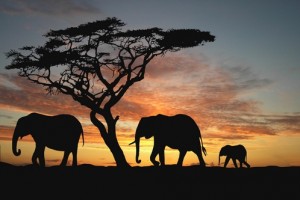 (Reuters) – Africa is the next big thing, just ask Bob Geldof and other private equity bankers.

The Irish rocker made headlines in February when he announced the launch of his $200 million “8 Mile” fund, a sign the Live Aid organizer had turned from promoting debt forgiveness to private enterprise.

Like the former Boomtown Rats front man, more private equity investors are flocking to the continent, drawn by the prospect of outsize returns.

The signs of Africa’s stunning potential are obvious: 6 percent average GDP growth, fast-rising incomes and abundant resources. So far, much growth has been beyond the reach of international investors given the region’s small and largely illiquid capital markets.

But for private equity firms, with their natural bent toward unlisted companies and longer investment horizons, Africa’s hurdles are not insurmountable.

“I tell our investors that I think Africa is still probably the best-kept secret because we continue to make superior returns,” John van Wyk, the co-head for Africa at emerging markets private equity firm Actis, told the Reuters Africa Investment Summit this week.

Actis, which also has a presence in Asia and Latin America, is aiming to invest $300 million a year in Africa, with the bulk of that in the continent’s biggest economies, South Africa, Egypt and Nigeria.

U.S. firm Carlyle Group LP (CG.O), which set up shop on the continent last year, is now looking for investments across sub-Saharan African and particularly in Nigeria, its Africa co-head told the Summit.

The chief executive of South Africa’s $125 billion government pension fund told Reuters last week it could invest as much as $3.8 billion in private equity to boost its Africa exposure.

“(African) markets are characterized by thinly listed equities. So what is likely going to drive us going forward is private equity, developmental funding and property,” Elias Masilela, the head of Public Investment Corporation, said in an interview ahead of the Summit.

The attraction is of course in the hefty returns. Bankers say private equity investors generally expect a return well above twice their initial investment when putting money into the continent.

That is a reflection of Africa’s higher risk – both real and perceived – and greater growth potential when compared to developed markets, bankers say.

Investors in many of Africa’s public capital markets have not been so lucky as of late.

Bankers told the Summit they are particularly interested in infrastructure, consumer goods and financial services, all industries which benefit from the rise of African consumer spending.

While there is much excitement about Nigeria, the continent’s most populous country and an oil producer, investors should not neglect east Africa, said Alex-Handra Aime, a Johannesburg-based director at Emerging Capital Partners.

The region, which includes Kenya, Uganda, Tanzania, Burundi and Rwanda, is attractive given its robust demographics, GDP expansion and economies that are not solely reliant on oil to fuel their growth, she said.

“We really see Kenya leading the path, being an entry point or a gateway into the rest of east Africa, and quite a compelling one,” she told the Summit in Johannesburg.

Still, private equity investors face their own challenges, particularly in exiting their investments. In more developed markets, funds can exit via an initial public offering. In many smaller African markets that is not an option.

“The trick in private equity is not investing, it is divesting,” V. Shankar, Standard Chartered’s head of Europe, the Middle East and Africa told the Summit.

But bankers say they are increasingly seeing interest from Brazilian, Chinese and Indian buyers looking to get a foothold in the region. Over time, that is likely to give private equity firms more exit options.

“Exit is one of the biggest questions we ask ourselves at the time we enter into a deal. We try and invest in businesses that will have strategic appeal to a trade buyer,” said Actis’s van Wyk.

“If you have made the right acquisition initially, there is no shortage of potential trade buyers when you come to sell.”

Photo of elephants in Africa courtesy of Shutterstock