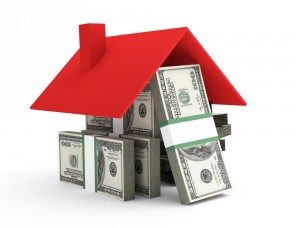 Housing markets appear to be on the mend, and real estate websites are a hot item with public market investors.

Yet venture investors haven’t been too enthused with the real estate business in recent quarters.

Those were the preliminary findings from a venture funding database search carried out in the wake of Trulia’s blockbuster IPO last week. Just a handful of pure-play companies in the space have raised funding in the past year, with most rounds well below $10 million, according to Thomson Reuters data.  (VCJ subscribers can see a full breakdown of real estate deals here.)

Still, there have been some interesting new deals in the pipeline. One was 42Floors, operator of a search tool for commercial real estate that raised $5 million this month from Andreessen Horowitz, SV Angel and Y Combinator. A month earlier, Sawbuck Realty, creator of a house-hunting app called HomeSnap, raised $3.5 million in a round led by Revolution Ventures.

For a more in-depth look at some recent real estate deals, VCJ subscribers can go here.

On the later stage side, one that could be considered a Trulia competitor, online real estate brokerage Redfin, raised a $15 million round in October. Another well-known startup with ties to real estate, Airbnb, has also raised tons of capital, though it’s not really classifiable as pure-play real estate company, as it’s also a travel play.

But exits might provide the juice to spur further investment. VCs should get a nice return from last week’s IPO of Trulia, backed by Accel Partners and Sequoia Capital. Zillow provided another big win last year, and is currently valued around $1.3 billion.

But while some prior investments have done well, it’s not all good news. August proved a terrible month for Home Value Protection, a company backed by Kleiner Perkins Caufield & Byers that offers insurance to hedge against declines in property value. The State of Ohio determined that the company is in hazardous financial condition and initiated a process called rehabilitation. At this time, the company is not selling new policies.