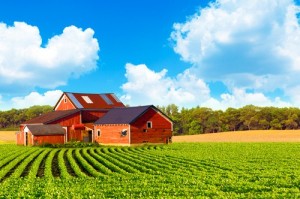 Agcapita Partners has announced that the Agcapita Farmland Fund IV will open to investors on April 18th 2013 with a $20 million offering. Agcapita is the only farmland investment fund eligible for registered plans (RRSP, TFSA, RESP etc). Fund IV will be open to investors in BC, Alberta, Saskatchewan, Manitoba and Ontario and for the first time time Newfoundland.

Farmland continues to appreciate as we predicted when we launched our first fund in 2008. We believe that strong agriculture commodity prices and expansive monetary conditions are supporting valuations globally but more interestingly, Saskatchewan appears to be closing the price gap with its neighbors and generating even higher rates of returns than Canadian farmland investments in general. We believe this is a demonstration of a margin of safety factor in Saskatchewan farmland which we find so compelling as investment managers. We continue our model of using minimal to no leverage for acquisitions in keeping with a commitment to risk mitigation.

Agcapita’s series of farmland funds continue to show great appeal to conservative investors concerned with inflation and the volatility of their existing public equity investments. Farmland has similar inflation hedging qualities to gold but with an ongoing cash yield that gold lacks. Farmland returns exhibit low volatility and this combined with the high absolute returns from farmland equate to a favorable Sharpe ratio.

Agcapita’s funds directly hold diversified portfolios of farmland in western Canada, and in particular in the highly price competitive province of Saskatchewan. Investors are provided with the comfort of a direct investment in farmland combined with a model of front-end loaded cash rents. Agcapita believes farmland is a safe investment, that supply is shrinking and that unprecedented demand for “food, feed and fuel” will continue to move crop prices higher over the long-term.