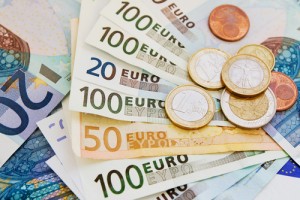 The AIFMD, a complex regulatory regime that regulates fund managers’ ability to raise money from limited partners in Europe, may prove to be a huge obstacle to both US GPs and European LPs.

Several private equity investor relations professionals have told me they are not considering fundraising in Europe, unless there is the potential for a significant amount of capital. As one IR chief told, me, “we are staying away from European LPs for now and in the foreseeable future, unless they proactively reach out to us first.”

A little background: Let’s kick this off with the very gracious assistance of Sally Gibson, international counsel with Debevoise & Plimpton, who gave me an overview of this rules regime.

Phase I deals with the regulation of EU fund managers, which requires them to become AIFMD authorized and comply with all kinds of fun new additional requirements.

Non-EU fund managers can’t get AIFMD authorized during Phase I, so take a deep breath. If you’re thinking about fundraising in Europe before implementation of Phase II (expected in the fourth quarter of 2015), you’ll have to comply with each European country’s individual marketing regime, much as you did prior to the implementation of Phase I. But get ready: many of the countries that have implemented Phase I have also tightened up their marketing rules for non-EU fund managers, as well as certain additional AIFMD-related requirements.

Phase II, due in the fourth quarter of 2015, allows non-EU fund managers to become AIFMD authorized. Authorization brings with it a “passport” that allows a fund manager to market to professional investors in any EU jurisdiction without having to worry about each jurisdiction’s individual marketing regime.

Phase III, due in the fourth quarter of 2018, will require all countries in Europe to withdraw their individual marketing regimes, meaning all non-EU fund managers will have to be AIFMD authorized to market to professional investors in the Union.

Naturally, becoming AIFMD authorized (which a non-EU fund manager can only do once Phase II is implemented), means submitting to rules, including having a certain amount of regulatory capital as well as establishing compensation policies.

But non-EU managers shouldn’t think they can get away with not having to worry about AIFMD issues. If a non-EU manager wants to market in the Union now it needs to think about the AIFMD disclosure requirements, including submitting an annual report to the regulator in each jurisdiction the manager has marketed a fund. The annual report must include information about fund manager and employee pay. On top of the annual report, non-EU managers have to make ongoing disclosures to regulators in each jurisdiction in which they have marketed the fund, with information like total assets under management, types of investors in the fund and leverage at the fund level if relevant. Non-EU managers also have to make certain disclosures to their European investors.

Also, non-EU managers must pledge not to “strip assets” from the European portfolio companies they acquire — meaning they will try to stop any distribution by the European company in which its net assets would fall short of its subscribed capital and non-distributable profits.

Whew! Did you get all that?

Test case: There is a mandate in the market that could prove a test case for just how tough these rules are going to be for non-EU managers.

Finnish institution The State Pension Fund (VERS), which has about €16 billion of assets under management, is searching for a fund of funds to which it can commit about €100 million to invest in emerging markets private equity managers, according to documents provided to peHUB by the system.

VERS has included compliance with AIFMD as part of candidate qualifications in the RFP it published for the mandate, which is intended to invest in managers in Asia, Latin America and “optionally” Russia, according to the documents.

It will be interesting to see if any non-EU fund managers try for this mandate. I’m willing to bet there won’t be many, if any at all. Is such a narrowing of the potential candidate universe really a good thing for this system and its beneficiaries?