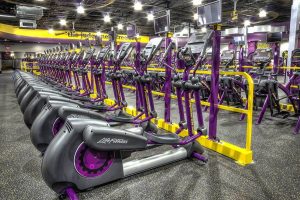 Alaris, which first invested in 2014, provided US$43.7 million of preferred equity as well as US$16.5 million in exchange for a minority interest.

Founded in 2007 by Victor Brick and Lynne Brick, PFGP operates 63 fitness clubs with over 530,000 members in Maryland, Tennessee, Florida, Washington D.C., Washington State and California. It plans to have more than 95 clubs by the end of 2024.

Alaris, a Canadian alternative equity firm, said it has so far generated a 23 percent internal rate of return on its investment in PFGP.

CALGARY, July 11, 2019 /CNW/ – Alaris Royalty Corp. (“Alaris” or the “Corporation”) (TSX: AD) is pleased to announce that it has invested an additional $60.2 million (the “PF Follow-On”) in an existing partner, PF Growth Partners, LLC (“PFGP”). The PF Follow-On consists of a new $43.7 million preferred equity contribution (the “PF Contribution”) as well as an investment of $16.5 million in exchange for a minority ownership of the common equity in PFGP (the “PFGP Common Equity”). This transaction will also include an exchange (the “Unit Exchange”) of Alaris’ existing preferred units (the “Existing PF Units”) valued at $27.8 million. The result of the PF Follow-On and Unit Exchange (collectively the “PF Investment”) results in a total investment of $88.0 million in PFGP. To date, Alaris has generated an IRR of 23% on its investment in PFGP and expects the PF Investment to generate similar returns going forward. All dollar values presented above and to follow are in US dollars unless otherwise noted.

Pursuant to the agreements among Alaris and PFGP, Alaris made the $43.7 million PF Contribution and $27.8 million Unit Exchange in exchange for new preferred units (the “New PF Units”) in PFGP with a value of $71.5 million. The New PF Units will result in an annualized distribution to Alaris of $8.9 million (the “PF Distribution”), a pre-tax yield of 12.5%. Commencing on January 1, 2020, the PF Distribution will be adjusted based on same club sales. Based on year to date 2019 same club sales results, we are expecting another 5% increase to the PF Distribution, resulting in a 13.1% pre-tax yield for fiscal 2020. The proceeds from the PF Investment were used for partial liquidity to existing PFGP shareholders. The PF Distribution has a payment in kind (“PIK”) feature whereby PFGP can elect to PIK up to 32% of the annual distribution (US$2.9 million of the initial PF Distribution) while the remaining is paid monthly in cash. The PIK is intended to give PFGP flexibility in capital allocation decisions as it continues on its path to open an additional 35 plus clubs by 2024. However, it is the intention of PFGP to pay the full PF Distribution amount monthly rather than accruing the PIK portion, subject to compliance with senior debt terms, and there is a contractual obligation to pay at least 50% of the outstanding PIK balance every two years. If PFGP chooses to accrue the PIK it will compound monthly at 10% per annum and would lead to a higher overall return to Alaris. Alaris has also committed to a further $8.0 million investment in PFGP (a pro-rata split between preferred and common equity) with proceeds used by PFGP to expand into new markets. This funding is conditional on a joint venture between PFGP and a third party being solidified, timing of which is currently unknown.

Based on Alaris’ review of PFGP’s internal pro forma financial results for the most recent trailing twelve-month period in 2019, as well as the post-closing capital structure, PFGP would have an earnings coverage ratio between 1.2x and 1.5x, which gives effect to the PF Investment and other changes to PFGP’s capital structure as well as unfinanced growth capital expenditures.

“We couldn’t be more pleased to announce a significant follow-on investment into PFGP. They have been one of our top performing partners for more than five years and have been incredible to deal with from both a business and a personal perspective. When we started discussing the use of investing in common equity in combination with our traditional preferred equity, the three elements that we hoped that it would add were 1) the ability to deploy more capital by allowing us to participate in transactions that required more flexibility, 2) to increase our overall return profile in high performing companies and 3) to extend the average hold periods of our investments. This investment into PFGP illustrates each of those three objectives perfectly. It should be noted that the majority of our new partnerships going forward will continue to be preferred equity investments. We believe our preferred equity structure continues to be the least expensive equity available for a top performing company, and as such, they will still be the basis for Alaris winning competitive mandates in the future. With well over CAD$160 million deployed already this year, we are well on our way to our largest year of deployment in history so we are very excited about the growth profile that this slight shift in our offering can bring to our shareholders while keeping our core values intact,” said Steve King, President and Chief Executive Officer, Alaris.

Following the PF Investment, Alaris will have approximately CAD$270 million drawn on its senior credit facility (the “Facility”) and CAD$80 million available for investment purposes (CAD$30 million available under the Facility and CAD$50 million available on the accordion) while the total senior debt to EBITDA on a proforma basis is approximately 2.4x. Additionally, Alaris’ senior lenders have extended the period for Alaris to have the Facility drawn above 2.5x contracted EBITDA through until March 31, 2020 to provide additional flexibility regarding capital allocation over the next three quarters. Alaris estimates its run rate payout ratio to be approximately 85% following today’s announcement. Alaris expects to fund new investments with cash on hand, the Facility and cash from a redemption Alaris expects by year end.

“The Corporation’s current debt level will be temporary as we expect partner promissory note repayments and a redemption to bring that number down in the coming months. Additionally, we appreciate the confidence shown in us by the lending syndicate in extending their current terms to allow us the flexibility to continue to assess new opportunities during that same time period,” said Darren Driscoll, Chief Financial Officer, Alaris.

PFGP was founded in 2007 by Victor and Lynne Brick and is one of the largest franchisees in the Planet Fitness® system. PFGP has its head office in Timonium, MD, located just outside of Baltimore, MD where it employs over 50 corporate level employees while also employing over 1,100 employees at the club level. The Bricks and their management team are well-respected operators in the fitness industry and have over 30 years of experience as owner/operators of fitness clubs on an individual basis. The management team has leveraged their experience and expertise as well as using data driven analytics to build a fitness platform that has delivered consistent financial results and exceeded performance levels relative to expectations. PFGP has a very repeatable, predictable and scalable business model with strong club-level economics, a dominant brand in value fitness, successful club development in multiple geographies (diversification), ample runway for growth and a seasoned and industry respected management team.

When Alaris made its first investment into PFGP in 2014 PFGP had 27 clubs opened with approximately 195,000 members. Today this group operates 63 fitness clubs with over 530,000 members in Maryland, Tennessee, Florida, Washington DC, Washington State and California and has area development agreements to open approximately 35 more clubs in those areas. PFGP has plans to build over 15 new clubs by the end of 2020 and have a club count in excess of 95 by the end of 2024.

In 2013, PFGP was named the inaugural Franchisee of the Year by Planet Fitness® corporate. In 2014, the Company was named Developer of the Year for opening 11 clubs in 12 months and in addition received the award for Highest BER (Brand Excellence Review) across the system. In 2015, PFGP was again named Developer of the Year and the following year, in 2016, was awarded the Judgement Free Generation award for their exceptional work with the local boys and girls clubs in Tennessee.

Alaris provides alternative financing to private companies (“Partners”) in exchange for distributions with the principal objective of generating stable and predictable cash flows for dividend payments to its shareholders. Distributions from the Partners are adjusted each year based on the percentage change of a “top line” financial performance measure such as gross margin and same-store sales and rank in priority to the owners’ common equity position.

Earnings Coverage Ratio refers to the Normalized EBITDA of a Partner divided by such Partner’s sum of debt servicing (interest and principal), unfunded maintenance capital expenditures and distributions to Alaris.

Run Rate Payout Ratio refers to Alaris’ total dividend per share expected to be paid over the next twelve months divided by the estimated net cash from operating activities per share Alaris expects to generate over the same twelve-month period (after giving effect to the impact of all information disclosed as of the date of this report).

EBITDA refers to net earnings (loss) of a Partner determined in accordance with IFRS, before depreciation and amortization, net of gain or loss on disposal of capital assets, interest expense and income tax expense.

Normalized EBITDA refers to the EBITDA of a Partner excluding items that are non-recurring in nature and is calculated by adjusting for nonrecurring expenses and gains to EBITDA. Management deems non-recurring items to be unusual and/or infrequent items that its Partner incurs outside of its common day-to-day operations.