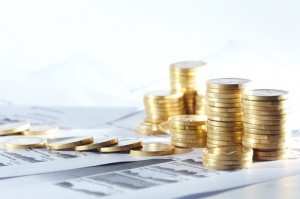 Calgary, Alberta-based Alaris Royalty Corp., a provider of financing to private companies in exchange for royalties or distributions, has completed an offering of common shares on a bought deal basis. The equity financing totaled $105.9 million. To date in 2013, Alaris reports that it has contributed over $124 million to three new company partners.

Alaris Royalty Corp. (“Alaris” or the “Corporation”) (TSX:AD) is pleased to announce that it has closed its previously announced short-form prospectus offering of common shares (“Common Shares”) of the Corporation on a bought deal basis (the “Offering”), through a syndicate of underwriters (the “Underwriters”) led by Acumen Capital Finance Partners Limited and including Cormark Securities Inc., RBC Capital Markets Inc., Canaccord Genuity Corp., National Bank Financial Inc., and Raymond James Ltd.

The Offering consisted of 2,980,000 Common Shares issued at a price of $30.90 per Common Share as well as an over-allotment option, which was exercised in full by the Underwriters, whereby they purchased an additional 447,000 Common Shares, on the same terms and the same price, to cover over-allotments. Pursuant to the terms of the underwriting agreement entered into between the Corporation and the Underwriters, and the Corporation’s preliminary prospectus dated June 28, 2013, the Corporation issued Common Shares in lieu of subscription receipts under the Offering as a result of the closing of Alaris’ USD$66,000,000 contribution to Sequel Youth and Family Services, LLC (the “Sequel Contribution”) on July 1, 2013.

The net proceeds of the Offering will be used to reduce all outstanding indebtedness under the Corporation’s $50,000,000 credit facility (the “Facility”), which was temporarily increased to $100,000,000 to fund the Sequel Contribution. The Facility will be available to continue the Corporation’s business plan of contributing funds to new and existing private company partners (the “Private Company Partners”) in return for preferred distributions. Alaris will have $50,000,000 of funds available on its Facility following the application of the net proceeds from the Offering and a cash balance of approximately $4,000,000.

“Having an undrawn credit facility allows us to be accepted into competitive bidding processes, which require fully funded participants. Alaris will continue to manage the funds available on its Facility to ensure it has the capital needed to continue to win competitive bidding processes, such as the recently completed Sequel Contribution”, said Darren Driscoll, CFO, Alaris.

Alaris has had an active first half of 2013, contributing over $124,000,000 to 3 new Private Company Partners in return for first year preferred distributions totaling over $19,000,000 since December 31, 2012. The Corporation estimates it will have approximately $59,000,000 of total revenue over the next 12 months based on revenue from current Private Company Partner’s, with corporate general and administrative expenses estimated to remain at approximately $4,500,000 for that same period. The Corporation has increased its dividend twice by a total of 14% since the beginning of 2013, while also reducing its payout ratio to approximately 80%.

An updated corporate presentation will be available on Alaris’ website at www.alarisroyalty.com.

Payout Ratio: The term “payout ratio” is a financial measure used in this news release that is not a standard measure under International Financial Reporting Standards. The Corporation’s method of calculating payout ratio may differ from the methods used by other issuers. Therefore, the Corporation’s payout ratio may not be comparable to similar measures presented by other issuers. Payout ratio means Alaris’ annualized dividend payable per share over the next twelve months divided by its expected net cash from operating activities over the next 12 months. The payout ratio should only be used in conjunction with the Corporation’s annual audited and quarterly reviewed financial statements, which are available on SEDAR at www.sedar.com.

This news release contains forward-looking statements as defined under applicable securities laws. Statements other than statements of historical fact contained in this news release may be forward-looking statements under applicable securities legislation, including, without limitation, management’s expectations, intentions and beliefs concerning: the return to Alaris on the cumulative Private Company Partner contributions for the year to date 2013; the anticipated increase in net cash from operating activities; estimated revenues and approximate general and administrative expenses for the next 12 months; the estimated payout ratio; the use of proceeds of the Offering; the indebtedness under the Facility; and Alaris’ cash position following the Offering. Many of these statements can be identified by looking for words such as “believe”, “expects”, “will”, “intends”, “projects”, “anticipates”, “estimates”, “continues” or similar words or the negative thereof. To the extent any forward-looking statements herein constitute a financial outlook, including, without limitation, the estimated revenues for the next 12 months, estimated increase in net cash from operating activities and the payout ratio, they were approved by management as of the date hereof and have been included to provide an understanding with respect to Alaris’ financial performance and are subject to the same risks and assumptions disclosed herein. There can be no assurance that the plans, intentions or expectations upon which these forward looking statements are based will occur.

Statements containing forward-looking information by their nature involve numerous assumptions and significant known and unknown facts and uncertainties of both a general and a specific nature. Key assumptions include, but are not limited to assumptions that: the Private Company Partners will continue to grow and may require additional capital from Alaris in the future; the Canadian and U.S. economies will grow moderately over the next 12 to 24 months; interest rates will not rise in a material nature over the next 12 to 24 months; more private companies will require access to alternative sources of capital; and the Corporation will obtain required regulatory approvals on a timely basis. In determining the Corporation’s expectations for economic growth, management primarily considers historical economic data provided by the Canadian and U.S. governments and their agencies.

The forward-looking statements contained herein are subject to numerous known and unknown risks that may cause actual results to vary from those set forth in the forward-looking statements, including, but not limited to risks associated with: general economic conditions and changes in the financial markets; risks associated with the Private Company Partners and their respective businesses; a change in the ability of the Private Company Partners to continue to pay Alaris’ preferred distributions; failure to obtain required regulatory approvals on a timely basis or at all; a failure to complete or realize the anticipated benefits of the Sequel Contribution and changes in legislation on government regulations and the interpretations thereof. In addition, the information set forth under the heading “Risk Factors” in the Corporation’s Annual Information Form dated March 13, 2013 (a complete copy of which can be found on SEDAR at www.sedar.com) identifies additional factors that could affect the operating results and performance of the Corporation and may cause the actual results of the Corporation to differ materially from those anticipated in forward-looking statements.

This press release does not constitute an offer of the Common Shares for sale in the United States. The Common Shares have not been registered under the United States Securities Act of 1933, (the “1933 Act”) as amended, and may not be offered or sold within the United States absent registration or an exemption from registration under the 1933 Act. This press release shall not constitute an offer to sell or the solicitation of an offer to buy nor shall there be any sale of the securities in any state in which such offer, solicitation or sale would be unlawful.

Neither the TSX nor its Regulation Services Provider (as that term is defined in the policies of the TSX) accepts responsibility for the adequacy or accuracy of this release.