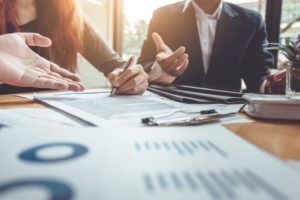 Big one: Life science tools behemoth Danaher said yesterday it would buy Aldevron in a deal valued at $9.6 billion, marking what is undoubtedly a tremendous outcome for existing shareholders – EQT and TA Associates. Aldevron is a leading manufacturer of DNA for use in gene therapy.

Both firms declined to comment on the deal, but when EQT joined TA as an investor less than two years ago, the enterprise value of the company was slightly north of $3 billion, sources said — implying growth in value by more than three-fold. TA’s investment dates to January 2017, while EQT in July 2019 bought a majority stake, with TA staying on as a minority shareholder.

EQT since then has owned a little over 60 percent of Aldevron, whereas TA and the founder and management team each held a little less than 20 percent, sources said.
Although covid actually weighed on Aldevron because the science it is doing is so cutting edge — and so it couldn’t be done remotely — by investing in infrastructure (in more than one way) Aldevron was “in a place to accelerate” coming out of the crisis.

The company in the last two years prioritized building out its infrastructure, starting with human capital, by filling out the management team. Its physical infrastructure also transformed in a meaningful way, with Aldevron recently completing construction of a new, 189,000 sq ft facility, which a source said increased its capacity by about tenfold.

Also of note: The original plan was to take the Fargo, North Dakota-headquartered business public, sources said. But the company continuously garnered inbound interest following the EQT investment — and when that interest became more credible earlier this year, the sellers explored that interest.

Aldevron is also unique in the broader life sciences tools arena, where one of the problems in buying businesses today is accounting for the substantial covid bump. In this instance, as covid abates, Aldevron’s revenue accelerates. (That said, Aldevron, very good at manufacturing things to a GMP standard, was a supplier to Moderna.)
Still, Aldevron is an indirect beneficiary of society’s broader growth in understanding around the importance of clinical research, innovation and the essential need of the supply chain.

Another TA exit: About six months after its own $1.5 billion-plus deal, Unified Women’s Healthcare, backed by Altas Partners and Ares Management, is expanding into fertility services with a deal of scale.

Unified, a provider of practice management services to OB/GYNs, is acquiring CCRM from TA Associates in a transaction, which, according to Moody’s, totals $775 million including about $430 million of equity.

All three PE firms declined to comment on the deal and a formal announcement has not been made, but sources previously told PE Hub that TA’s CCRM was in the market via Harris Williams, marketing some $50 million in EBITDA.

Hit me up if you’ve heard more details on the CCRM deal.

As a firm, Apax has evaluated software businesses involved in corporate social responsibility (CSR) and philanthropy for quite some time, searching for the best M&A platform in the market, Jason Wright, partner at Apax, told PE Hub.
In buying CyberGrants from Waud Capital, Apax believes it has done just that.

“The corporate grant writing function has become more and more important as companies have increased the volume of giving,” Wright said. “Grant function and grant making is quite complex and needs technology to facilitate that, and CyberGrants is the leader in that space.”

Wright, who’s been personally involved in philanthropic cases as a board member of The Opportunity Network, a large charity organization based in New York, sees attractive tailwinds for CyberGrants. According to Wright, this past year has seen a boost in grants as the global pandemic and social justice issues increased the need for donations in the society.

PE Hub first reported that CyberGrants was up for sale in May. Sources then said the company generates $40 million in annual recurring revenue and $9 million in EBITDA.

That’s it! Have a great weekend, everybody, and as always, write to me at springle@buyoutsinsider.com with any tips, comments or just to say hello!