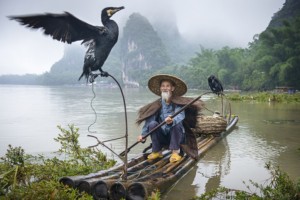 Alibaba Group Holding Ltd disclosed on Friday that it would pay $15.8 million in legal fees to law firm Simpson Thacher and other attorneys who advised the Chinese e-commerce giant on its upcoming IPO, six times what Facebook paid its counsel two years ago.

Alibaba, which is seeking to raise as much as $21 billion in an IPO expected later this month, made the disclosure in a prospectus on Friday filed with the U.S. Securities and Exchange Commission.

The Chinese company, whose sales are larger than Amazon.com and eBay combined, has a complex structure and has frequently revised its prospectus. That has all increased legal fees, analysts said.

[contextly_sidebar id=”ttuCr0eSS3WjO0aPlDG4eHjK1J3sZmS9″]The legal fees for Alibaba’s IPO rank the fourth highest in the past 10 years, according to IPO Vital Signs.

The 2013 IPO of Empire State Realty trust ranked the highest, with a whopping $32.8 million in estimated legal fees, while the IPO of Kinder Morgan in 2011 cost the pipeline company $17 million. The 2005 IPO of investment bank Lazard cost $16 million.

In addition to Simpson, Alibaba’s New York-based law firm, its Chinese counsel, Fangda Partners, and Cayman Islands adviser Maples and Calder, will share the attorneys’ fees, according to the filing.

It was not immediately clear how the firms would split the $15.8 million in fees, but Simpson likely will get the lion’s share of the money.

Alibaba expects to price its initial public offering between $60 and $66 per American Depository Share, valuing the company at about $162.69 billion at the top end of the range and raising as much as $21.1 billion.

Simpson, a leading Wall Street law firm with strong corporate, mergers and acquisitions and capital markets practices, has advised on 76 IPOs over the past ten years, and its record fee before Alibaba was $15 million, for the 2007 IPO of private equity firm Blackstone, according to IPO Vital Signs.

Lawyers had expected Alibaba fees would be high even before Friday’s disclosure.

Thomas Rice, a capital markets partner with law firm Baker & McKenzie in New York, said recently that Alibaba’s prospectus is more than triple the length of an ordinary filing for a company that has a single line of business and limited geographies.

“Alibaba’s listing company is a Cayman Islands company, although its operations and market is largely in China,” said Rice. “Anytime you have one of these complex corporate structures to explain, that is something that adds to the mission.”

Alibaba, founded by former English schoolteacher Jack Ma, will decide on its final price after a globe-spanning roadshow that will kick off in New York on Monday, and is expected to take in cities from Hong Kong to San Francisco.

Representatives of the law firms did not immediately respond to a request for comment.